10-Point Guide To INS Kiltan, Made In India Anti-Submarine Warship 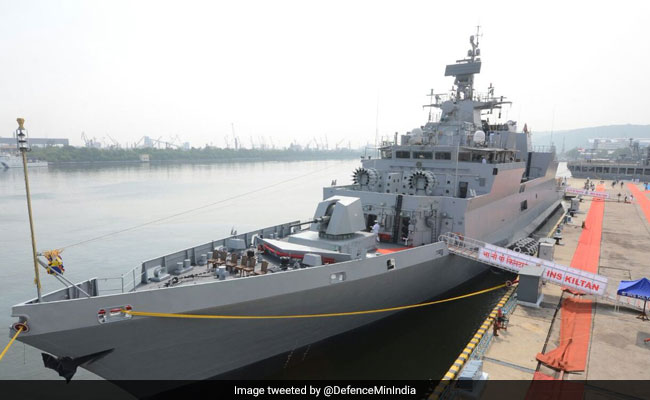 INS Kiltan, a Made In India anti-submarine warship, commissioned today by Nirmala Sitharaman

Vishakhapatnam: INS Kiltan, a Made-In-India anti-submarine warship, was commissioned into the Indian Navy today by Defence Minister Nirmala Sitharaman. Naval Chief Admiral Sunil Lanba and several top officers were present in the ceremony held at the naval dockyard in Visakhapatnam.

Here are 10 points on INS Kiltan