The government announced a raft of measures, including rollback of enhanced super-rich tax on foreign and domestic equity investors, exemption of startups from 'angel tax', a package to address concerns in the auto sector and upfront infusion of Rs 70,000 crore to public sector banks. 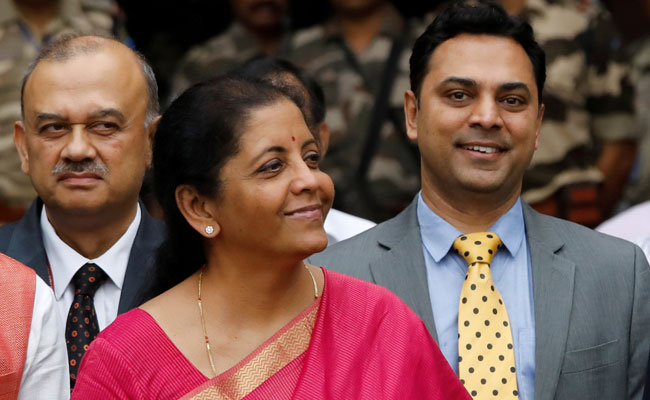 Hailing the slew of announcements made by Union Finance Minister Nirmala Sitharaman, the US corporates said on Friday that the comprehensive set of proposed reforms will provide needed stimulus for the economy and further strengthen India's position as a global investment destination.

The government on Friday announced a raft of measures, including rollback of enhanced super-rich tax on foreign and domestic equity investors, exemption of startups from 'angel tax', a package to address concerns in the auto sector and upfront infusion of Rs 70,000 crore to public sector banks, in efforts to boost economic growth from a five-year low.

"We commend Finance Minister Nirmala Sitharaman and the Government of India on this comprehensive set of proposed reforms, which will provide needed stimulus for the Indian economy and ensure continued economic expansion," US India Business Council president Nisha Desai Biswal said.

Ms Biswal, who served as Assistant Secretary of State for South and Central Asia during the previous Obama administration, exuded confidence that these reforms will help India attract additional foreign investment, unlock much-needed credit to sustain business growth and innovation, and ensure that India remains one of the world''s fastest growing major economies.

"As a package, the proposals will strengthen India's position as a global investment destination," Ms Biswal said.

By removing surcharges on capital gains tax for foreign portfolio investors or FPIs, deepening the bond market with the creation of a credit default swap market, and eliminating debenture redemption reserve requirements, the Finance Ministry has sent a strong positive signal to the many foreign investors watching India's capital markets, she said.

The government has buoyed efforts to support innovation and make India a hub for entrepreneurship and startup capital with the move to eliminate the angel tax on startups, Ms Biswal said.

USIBC welcomes the recapitalisation of public sector banks, which will benefit corporates, retail, and all market segments, she added.

"We also see new measures to simplify GST - particularly the commitment to ensure GST refunds within 60 days - as a critical step to give both US and Indian companies confidence in the predictability of India's tax system," Ms Biswal said.

US India Strategic and Partnership Forum (USISPIF) also welcomed the Indian Government's announcement on withdrawal of the higher surcharge on non-corporate foreign portfolio investors or FPIs.

"The move will go a long way in reviving the investment sentiment of foreign investors and will provide a much-needed impetus to the Indian economy," the USISPF said in a statement.

Several other measures announced by the Finance minister include speedy GST refunds, faceless assessments, No Angel tax for start-ups registered with DPIIT and simplification of GST systems, it said.

"These reforms are noteworthy moves towards improving ease of doing business in India and attracting investments. USISPF is committed towards working with the Government of India to drive economic growth and objectives of the country," it added.