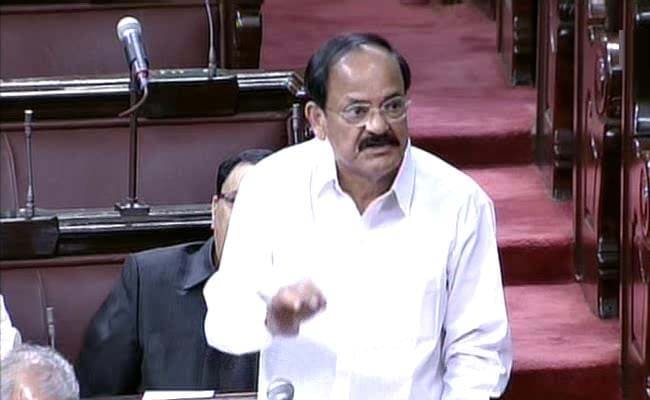 New Delhi: The Government today insisted in Lok Sabha that it had never claimed that all the black money stashed abroad would be brought back within 100 days even as opposition continued to target it over the issue.

Contesting the opposition charge in this regard, Parliamentary Affairs Minister M Venkaiah Naidu cited BJP's Lok Sabha election manifesto which said a task force would be set up to deal with the problem of black money.

"We are not so immature to say we will bring back entire black money in 100 days," Mr Naidu said while intervening in a debate on black money.

His comment came in response to attack by the opposition which said BJP leaders had promised to bring back black money within 100 days of coming to power and questioned why it did not happen as six months had elapsed.

Listing out the measures taken by the BJP government to deal with the black money menace, Mr Naidu said whenever 100 days is said, it means "action will be initiated within 100 days".

He claimed former Prime Minister Manmohan Singh had first talked about 100 days with respect to unearthing of black money when he made a statement in Parliament in July 2009.

Samajwadi Party leader Mulayam Singh Yadav said people had trusted the BJP's election campaign of bringing back the money stashed abroad and hence the government should give an assurance in the House when the money would be brought back.

"Youth of the country thought they will get Rs 15 lakh. You sold lies to people. The government has to inform Parliament when they will bring the money back," Mr Yadav said.

Mr Yadav said that funds should be brought back as soon as possible since the account holders are withdrawing money.

He demanded that the government say it in the House how long it will take to disclose the full list of account holders and how much money is stashed abroad.

Mr Naidu said it was "painful" for him to hear from the opposition slogans against Prime Minister Narendra Modi and outlined that even the Finance Minister of the previous UPA government did not disclose the name of account holders in foreign banks.

He invited the opposition to come out with better ideas as to how to deal with the black money menace.

Promoted
Listen to the latest songs, only on JioSaavn.com
"We should take quickest possible action," he said while seeking opposition support for government action.

Lashing out at the opposition, Mr Naidu said the Supreme Court had directed the then UPA government in 2011 to take steps to deal with funds stashed abroad, but no steps were taken.