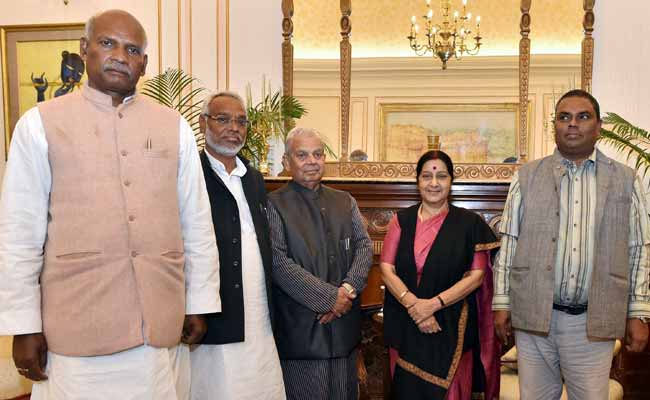 He added that Ms Sushma Swaraj called for a "broad based ownership of Constitution and encouraged speedy political solution and return to normalcy on that basis".

The Madhesi leaders' visit comes close on the heels of the visit of Nepal's Deputy Prime Minister Kamal Thapa.

The Madhesi Morcha has been protesting for almost four months in Nepal's southern Terai plains, blocking movement of vehicles between India and land-locked Nepal thus creating widespread shortages in the Himalayan nation.

They have expressed serious reservations over some of the contents of the new Constitution as well as boundaries of the proposed seven federal units.

The Madhesis are demanding, among others, increased political representation, proportional inclusion in state organs, correction in citizenship provisions and revision in federal boundaries.

Over 50 people have died in violent protests that have been raging across the Nepali Terai since September last.