KP Sharma Oli, accompanied by his spouse and some high ranking officials, will leave Kathmandu for New Delhi on Thursday. 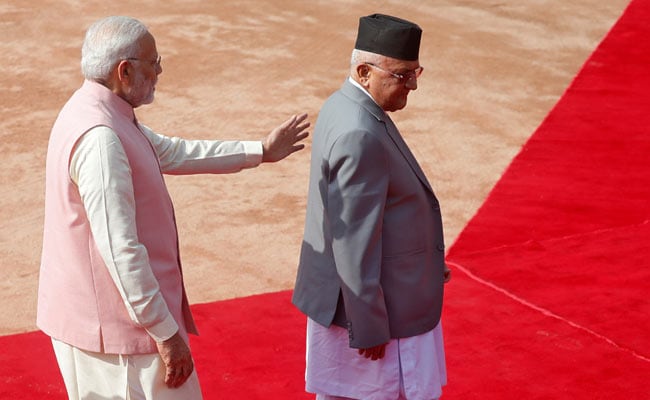 In the first back-to-back majority for a single party in over three decades, the Narendra Modi-led Bharatiya Janata Party won 303 out of the total 542 Lok Sabha seats.

Mr Oli, accompanied by his spouse and some high ranking officials, will leave Kathmandu for New Delhi on Thursday.

During his visit, Mr Oli will meet PM Modi and discuss bilateral relations, according to a statement issued by the Ministry of Foreign Affairs.

In 2014, when PM Modi was elected as Prime Minister for the first time, the then Nepal Prime Minister Sushil Koirala attended his swearing-in ceremony, along with heads of states of other member states of the South Asian Association for Regional Cooperation (SAARC).