The birthday celebration of the neem tree at Piplani's Adarsh Market in BHEL area is normally attended every year by local officials and hundreds of schoolchildren. 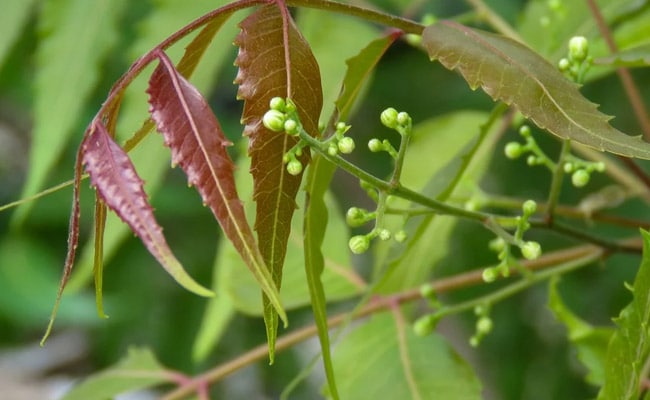 Shop owners of a market in Madhya Pradesh capital Bhopal continued a 26-year-old environment conservation ritual by celebrating the "birthday" of a neem tree, though the affair this year was muted due to the novel coronavirus outbreak and the need for social distancing.

The birthday celebration of the neem tree at Piplani's Adarsh Market in BHEL area is normally attended every year by local officials and hundreds of schoolchildren.

"I have been taking part in this event continuously for the past 16 years as I strongly believe in conserving our environment for future generations," MP Industry Principal Secretary Sanjay Shukla, who cut a cake along with other shopkeepers on Sunday, told PTI.

Among those present, apart from Shukla, were Bhopal Range Inspector General of Police Upendra Jain and Bhopal civic chief VS Choudhary Kolsani.

The man behind the initiative, Adarsh Market's Rambabu Sharma, said the idea was to give back to nature, and he chose a tree as a symbol as people used wood through all stages of their lives.

"Normally, a person uses wood all his life, from birth to building a house to deploying it for late rites. However, he does not give anything in return. With this thought in mind, I floated the idea of planting a neem tree 26 years ago on June 21. And since then we have been celebrating its birthday," he said.

He claimed public sector major BHEL had got inspired by this idea and turned a 10-acre land near the market into a tree-filled plot.

Bhopal civic chief Kolsani said saplings would be planted across the city during the monsoon.