Ajit Pawar, whose overnight switch was key to the BJP's surprise comeback in Maharashtra last weekend, resigned as Deputy Chief Minister on Tuesday, hours after the Supreme Court ordered the Devendra Fadnavis government to prove its majority tomorrow. Devendra Fadnavis, too, made a similar announcement.

"Ajit Pawar is with us," said Shiv Sena's Sanjay Raut, shortly after the news broke. The NCP's Nawab Mallik announced that the Shiv Sena, NCP and Congress would choose its leader this evening in preparation for government formation.

Devendra Fadnavis and Ajit Pawar were sworn in on Saturday in a controversial oath ceremony that was challenged in the Supreme Court by Mr Pawar's Nationalist Congress Party (NCP), Shiv Sena and Congress.

Responding to their petition, the Supreme Court ordered the Fadnavis government to prove its majority "within 24 hours" in a televised test of strength. "If the floor test is delayed, there is a possibility of horse-trading, it becomes incumbent upon the Court to act to protect democratic values. An immediate floor test, in such a case, might be the most effective mechanism to do so," said the Supreme Court, delivering a huge blow to the BJP.

Prime Minister Narendra Modi and Home Minister Amit Shah, who were at a function in parliament to mark the Constitution Day, met immediately after the Supreme Court order and reportedly discussed the options before Mr Fadnavis. A "message was conveyed to Devendra Fadnavis" after this meeting, say sources. 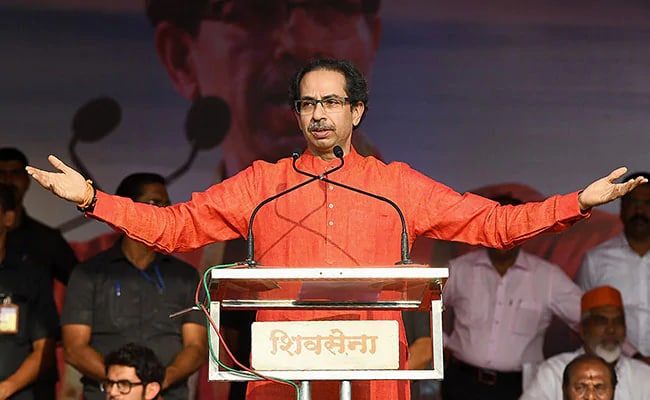 Maharashtra: The NCP-Congress-Shiv Sena combine has said Uddhav Thackeray would be made Chief Minister

After joining hands with the BJP and becoming Mr Fadnavis' deputy, Ajit Pawar had claimed the support of all 54 MLAs of his party NCP, but his uncle Sharad Pawar had contested it. Subsequently, nearly all NCP MLAs appeared to return to the party fold and more than 50 also participated in a show of strength at a five-star hotel in Mumbai last evening. It became increasingly apparent that the BJP may not have as many MLAs in its corner as it had thought, and that Ajit Pawar was isolated within his own party.

Yesterday, Ajit Pawar did not assume charge officially even though Mr Fadnavis did. He was also missing from the Chief Minister's first meeting last evening and he skipped a memorial for 26/11 martyrs this morning.

His absence reinforced reports that NCP leaders including his uncle were trying to persuade him to quit the government and return. His cousin Supriya Sule and nephew Rohit Pawar also reportedly made an emotional appeal, reminding "Ajit-Dada" that Sharad Pawar had stood by their family in tough times.

End Politics, Time For Everyone To Gain From Vaccination: Mayawati