The objective of the exercise, which commenced on February 12, was to build interoperability, an official spokesperson said. 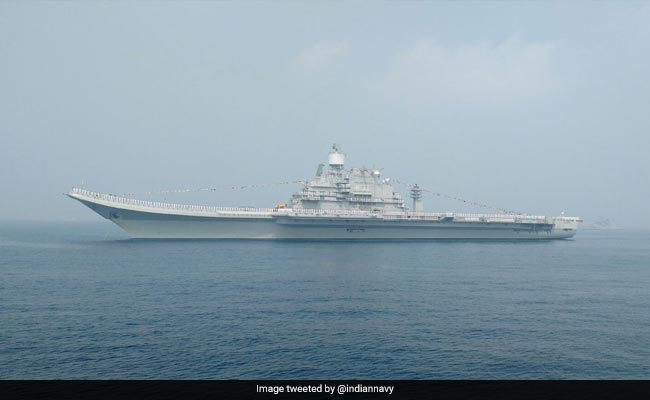 The three-week long exercise was termed as Exercise Paschim Leher.

The objective of the exercise, which commenced on February 12, was to build interoperability, an official spokesperson said.

"The Western Naval Command concluded the large-scale operational exercise in the Arabian Sea. The three-week long exercise termed Exercise Paschim Leher, tested the operational readiness of the Command and the execution of it's operational plans," the spokesperson said.

Over 40 naval assets including the aircraft carrier INS Vikramaditya, frontline ships of the Western Fleet and Eastern Fleet, including the newly-inducted Kolkata class ones, submarines, potent missile vessels of the 22nd Killer Squadron, patrol vessels and craft of the local flotilla and the Coast Guard participated in the exercise, he said.

An amphibious landing was also conducted, which included the participation of the 91 Infantry Brigade of the Army.

"The exercise enabled testing and revalidation of operational plans and manoeuvres in a hostile maritime scenario on India's Western seaboard," the spokesperson said.

Promoted
Listen to the latest songs, only on JioSaavn.com
"The defence of Indian offshore assets like oil rigs, escort operations of merchant ships and coastal defence were also rehearsed. The exercise will enable to refine the Command's operational, logistics and administrative plans," he said.

(This story has not been edited by NDTV staff and is auto-generated from a syndicated feed.)
Comments
Paschim Lehartri-service maritime exercise