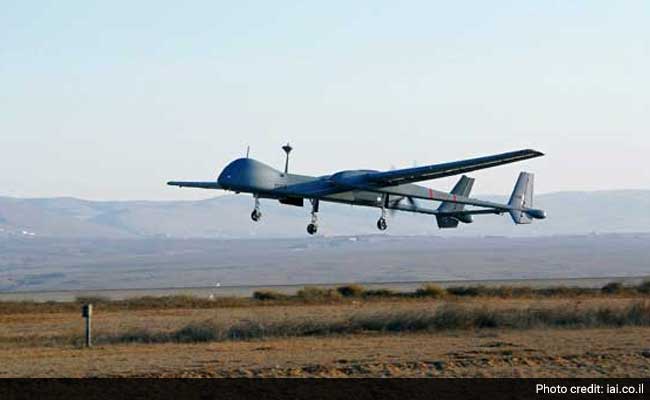 A Heron UAV can be airborne has 18 hours. The Navy has about 10 such UAVs. (File photo)

New Delhi: An Israeli-made Heron unmanned aerial vehicles (UAV) of the Indian Navy crashed off the coast of Kerala today after suffering an engine failure.

The UAV was on a routine mission when the incident happened, the Navy said.

"The UAV was guided to a safe area and ditched over sea," a Navy officer said and added that a court of inquiry has been ordered.

The Navy said a search was launched immediately and parts of the aircraft, including the engine, have been recovered.

The UAVs, positioned in Gujarat, Tamil Nadu and Kochi, are used for surveillance of the coast and exclusive economic zone.

A Heron UAV can be airborne has 18 hours. The Navy has about 10 such UAVs.