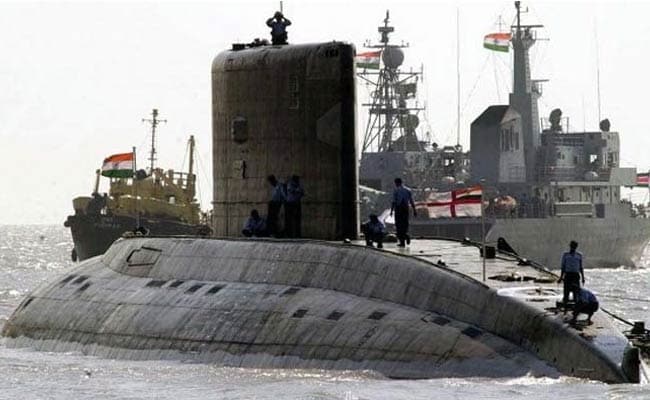 INS Sindhurakshak after it was modernised. (File photograph)

INS Sindhurakshak - the Russian built diesel electric Kilo class submarine -- that blew up two years ago in Mumbai, may be put use again. Senior defence ministry officials told NDTV that the submarine is likely to be taken to sea, sunk and used as training platform for navy divers.

Divers are one of most critical arms of any Navy and are primarily used for salvage operations, de-mining and even in an offensive role.

"A team of officials have been tasked to examine the possibilities and the logistics that will be required to take back into the sea," the official said.

Explosions had taken place on board the Sindhurakshak on 14 August 2013 while it was preparing to leave for a routine operation. The accident had killed 18 crew members.

An inquiry ordered into the incident - the report of which is yet to be formally submitted to the government - is believed to have found that standard operating procedures had been violated, which triggered the explosion in the ordinance on board.

Indian Navy divers are trained at the Cochin Diving School and also at Submarine training school in Vishakapatnam. But in both places, they are trained under simulated conditions -- in specially built tanks, where changes in weather and sea conditions are difficult to replicate.

"Having a real submarine deep in the sea to be used by divers for training would be of immense value," a senior Navy official told NDTV.

Three months before the accident, the 16-year-old submarine had been refurbished in Russia at a cost of Rs. 480 crore. It had been fitted with an improved warfare system and was expected to serve for another decade.
Comments
NavyDiving SchoolIndian NavyMumbaiMumbai harborINS SindhurakshakSindhurakshak disasterSindhurakshak tragedynew use for Sindhurakshak