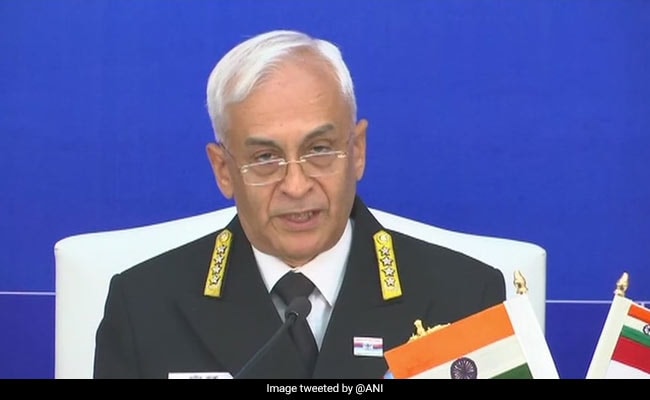 Mr Lanba congratulated the senior leadership and officers of the Navy on the high level of commitment.

Conduct of the mega naval exercise TROPEX 19, the operational readiness of the Indian Navy, a realistic audit of its deployment philosophy and fighting capability was undertaken at a review on Monday by its top officials.

The Chief of Naval Staff, Admiral Sunil Lanba, headed the review, in which Commanders-in-Chief of all the three naval Commands, along with a number of senior operational commanders and representatives from the Army, Air Force and Indian Coast Guard participated in the discussions held at the Naval Base, a Defence release said.

Mr Lanba congratulated the senior leadership and officers of the Navy on the high level of professionalism and commitment displayed during the exercise. He urged them to maintain the high tempo of operations and keep a sharp vigil, including stringent security measures to ensure safer coasts and secure seas, the release said.

He said the Navy would always remain ready to protect, promote and preserve national interests in the maritime domain.

Aircraft carrier INS Vikramaditya, nuclear submarine Chakra, 60 ships and nearly 80 aircraft were put on operational deployment by the Indian Navy in the North Arabian sea in the exercise.

The exercise was conducted from January 7 and graduated smoothly into providing the Navy a high operational readiness posture post the Pulwama attack on February 14.

The exercise also included a Tri-services Amphibious Exercise that saw the participation of Army and Air Force personnel and assets, the release said.

Overall, the exercise validated the Navys readiness and capability to meet various mandated roles, in support of national objectives, it added.