While condemning the Pulwama terror attack, Navjot Sidhu, without naming Pakistan, had asked, "Can an entire nation be blamed for a handful of people?" 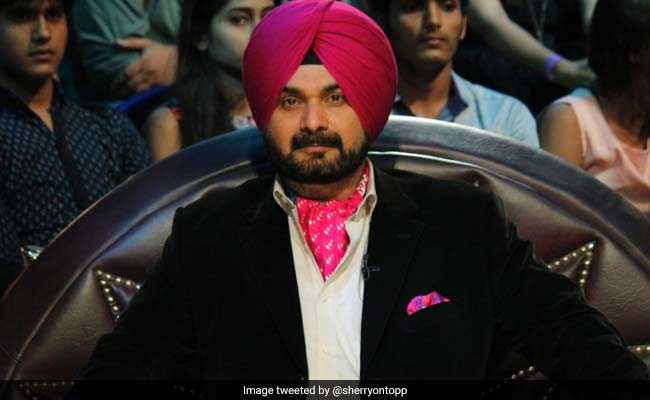 Navjot Singh Sidhu is being dropped from the show, day after his remarks on the Pulwama terror attack.

Punjab cabinet minister Navjot Singh Sidhu is being dropped from a popular TV show, a day after a controversy over his remarks on the Pulwama terror attack in which 40 CRPF jawans were killed, sources aware of the development told NDTV. The channel is yet to release an official statement on Mr. Sidhu's future on the show.

Mr Sidhu, a regular on The Kapil Sharma Show on Sony TV, is being replaced by actor Archana Puran Singh, sources said.

On Friday, while condemning the terror attack, Mr Sidhu, without naming Pakistan, had questioned, "Can an entire nation be blamed for a handful of people?"

In the worst terror attack on security forces in Jammu and Kashmir, a terrorist from Pakistan-based Jaish-e-Mohammed blew up a vehicle carrying 60 kg of explosives right next to a convoy of the Central Reserve Police Force or CRPF on Thursday. The explosion was so massive that window panes of houses and buildings were damaged in a nearly-10-km radius.

"It (the terror attack) is a cowardly and dastardly act and I condemn it firmly. Violence is always condemnable and those who did it must be punished," said Navjot Sidhu. However, he followed that up by saying, "For a handful of people, can you blame the entire nation and can you blame an individual?"

Mr Sidhu's comment had created a storm on social media, with dozens on Twitter demanding a ban on The Kapil Sharma Show.

Sidhu should be removed from the show immediately and he should be strictly advised to be more careful while speaking.

I will not subscribe to Sony if sidhu not banned #BoycottSiddhu

Last year, Pakistan Prime Minister Imran Khan's invite to Navjot Sidhu for his swearing-in ceremony became controversial. Despite strained ties between India and Pakistan and his senior colleagues advising him not to go, Navjot Sidhu went ahead citing his "personal friendship" with Imran Khan, a former cricketer.