Sandeep Jain, an animal activist, has filed a complaint demanding an investigation into how the black partridge was brought from Pakistan by Navjot Singh Sidhu and kept in Punjab for so long. 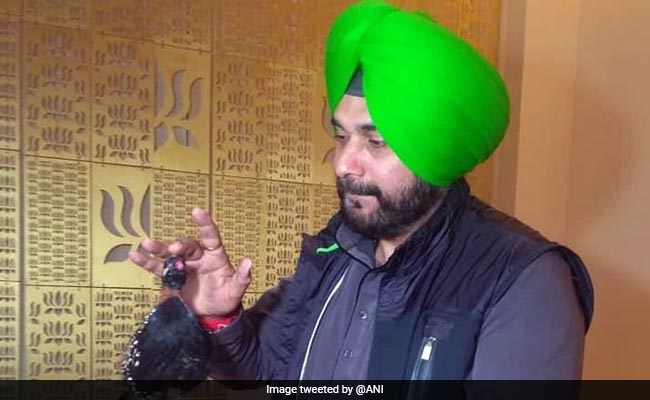 Punjab Minister Navjot Singh Sidhu has been named in a police complaint for gifting a stuffed bird, a black partridge, to Chief Minister Amarinder Singh after his return from Pakistan, where he recently went for the launch of the Kartarpur corridor. Mr Sidhu reportedly got the bird as a gift from a Pakistani journalist.

Sandeep Jain, an animal activist, has filed a complaint with the Wildlife Crime Control Bureau in New Delhi demanding an investigation into how the black partridge was brought from Pakistan by Mr Sidhu and kept in Punjab for so long.

"I got to know from newspapers that black partridge was brought from Pakistan by Punjab Minister Navjot Singh Sidhu. It was stuffed with "masala" and gifted to the Chief Minister. This is against the Wildlife Protection Act," Mr Jain, who is an animal welfare officer, told news agency ANI.

"Under the 1972 Wildlife Protection Act's Schedule 4, it's illegal to keep an animal or a bird or their body parts without any permission. The punishment could be a jail term up to three years or Rs 25,000 fine or both," he added.

Mr Sidhu has been engulfed in controversies since his visit to Pakistan for the oath-taking ceremony of Imran Khan in August. His act of hugging Pakistan army chief Qamar Javed Bajwa drew a lot of criticism at home. His second visit last month also became controversial over his comments on his boss Amarinder Singh. To a question on why he went to Pakistan despite the Chief Minister's objection, he remarked that his "captain" was Rahul Gandhi (Amarinder Singh is popularly known as Captain). Many within his party in Punjab demanded that he quit the party.

When Mr Sidhu handed Amarinder Singh his unusual gift from Pakistan, the Chief Minister reportedly said he would have to check if the law allowed keeping protected species like this.