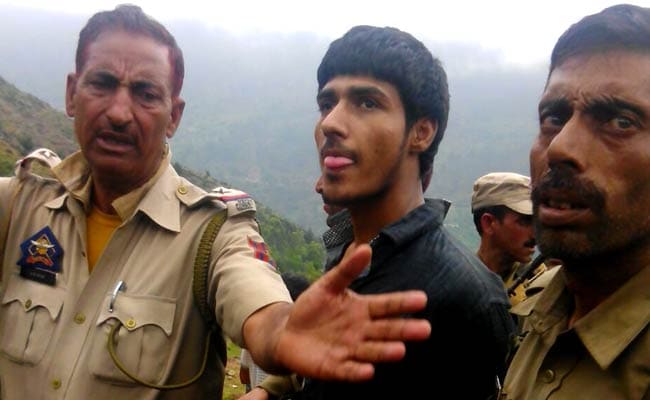 Naveed had been captured by villagers he was holding hostage after he and a partner attacked a BSF convoy in Udhampur.

New Delhi: A Delhi court has allowed the National Investigation Agency or NIA to conduct tests to prove that Naveed, the Lashkar-e-Taiba terrorist captured earlier this month, is a Pakistani national.

A polygraph or lie-detector test will be done on Tuesday morning. The terrorist was captured on August 5 after he attacked a Border Security Force or BSF convoy in Udhampur, Jammu and Kashmir.

Naveed has told his interrogators that he is from Faisalabad in Pakistan and has also allegedly identified on Google Earth, the locality where he lived. His father Yakub Mohammad had in an interview confirmed that the captured man was his son. But Islamabad has rejected that claim and wants "scientific evidence" that Naveed is a Pakistani citizen.

NIA sources said that the polygraph test will help it establish the conspiracy behind the Udhampur attack and how Naveed infiltrated into India. Also, say sources, Naveed's statements have been riddled with inconsistencies which has hampered the investigation.

The NIA, which has Naveed's custody till August 24, will also collect the terrorist's DNA samples which will be shared with Pakistan to be matched with those of his parents in Faisalabad. On Monday, Naveed was produced at Delhi's Patiala House courts, where he consented to the tests.

The NIA has been interrogating Naveed every day for about six to eight hours. He has allegedly told interrogators that he joined the terror group Lashkar-e-Taiba because he was unemployed and also wanted to do something that would fetch him recognition.

The terrorist has said that he was offered Rs 50,000 for the Udhampur attack and also that his handlers in the Lashkar promised to look after him. But he now believes that they sent him to his death and has talked of seeking revenge, investigators said.

Naveed, who is in his early 20s, seems to have been constantly drugged to keep his motivation high, the sources said.