Hasnain Masoodi and Mohammad Akbar Lone came to the first row of opposition benches to lodge their protest against the detention of Farooq Abdullah. 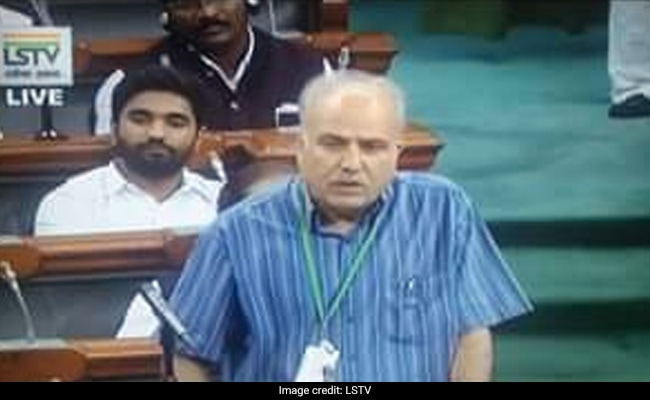 Two National Conference MPs on Thursday protested in Lok Sabha against the detention of their party chief Farooq Abdullah, who is an parliamentarian from Srinagar.

The two MPs, Hasnain Masoodi and Mohammad Akbar Lone, came to the first row of opposition benches to lodge their protest against the continuous detention of Mr Abdullah.

"Sir, Farooq Abdullah is a senior member of the House. He has been under detention for four months. Please do something," Mr Masoodi appealed to Speaker Om Birla.

However, the Speaker ignored their protests and continued with the proceedings of the House.

The two MPs from Jammu and Kashmir then staged a walk out as a mark of protest.

They were detained soon after the central government announced the scrapping of the special status given to the erstwhile state of Jammu and Kashmir under Article 370 and its bifurcation into two Union Territories.