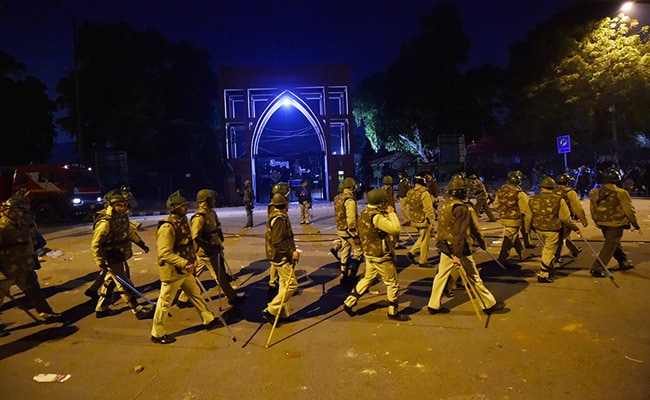 However, the women's panel did not make any specific mention about the Jamia university.

The National Commission for Women (NCW) has expressed concern over reports of police brutality against women protesters and a female journalist during a protest against the amended Citizenship Act near Jamia Millia Islamia in Delhi.

"It has been allegedly reported that female students were beaten up and even sexually harassed by the male police officers. It is further alleged that lights were switched off to prevent any recording in the CCTV cameras, before they started assaulting students," the commission wrote in one notice.

However, it does not make any specific mention about the Jamia university.

"The commission is seriously concerned about the incident and the reported police brutality though it is the role and duty of the police to preserve public order, prevent crimes and reduce the opportunities for the commission of crimes," she said.

"Considering the gravity of the matter, I request you to kindly investigate and take appropriate action in the matter and apprise the commission with a detailed action taken in the matter at an early date," she added.

In a separate notice, the commission said it received an e-mail from the journalist where it has been stated that while covering the protest by students of Jamia Millia Islamia she was hit and abused by police personnel.

Noting that the commission is seriously concerned about safety and security of women and is perturbed by the alleged incident, Ms Sharma asked the Delhi Police chief to "intervene" in the matter and submit a detailed action taken report.

SUV With 11 People Hits Truck On UP Highway, 2 Children Among 5 Dead