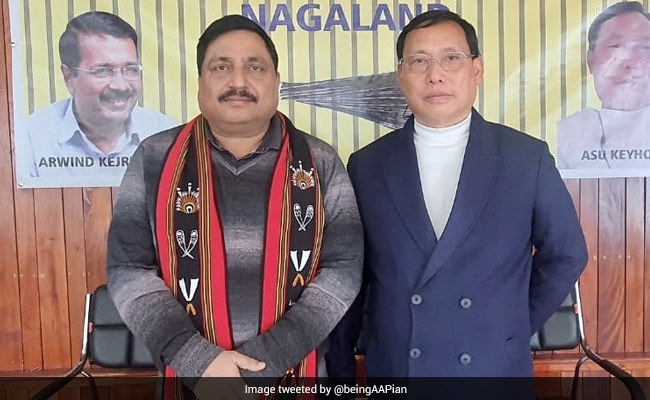 Nagaland and Meghalaya will vote on February 27.

Aam Aadmi Party on Wednesday appointed Asu Keyho as the state president of the poll-bound state of Nagaland, where the party is looking to make inroads.

The Election Commission on January 18 announced the schedule for Assembly elections to the northeastern states of Tripura, Meghalaya and Nagaland to be held in February-March this year.

The results of all three states will be declared on March 2, 2023.

"Voting for Assembly elections in Tripura will be held in a single phase on February 16 and in Nagaland and Meghalaya on February 27. The results will be declared on March 2," Chief Election Commissioner Rajiv Kumar said during a press conference.

The Assembly polls in the northeastern states of Nagaland, Meghalaya and Tripura were announced on Wednesday, thus beginning the election season in 2023.

The CEC said that the terms of the poll-bound states of in Nagaland, Meghalaya and Tripura are coming to an end on March 12, 15, and 22 respectively.

"The term of Assemblies of respective states in Nagaland, Meghalaya and Tripura are respectively due to expire on March 12, 15, and 22. The 3 states have 60 Assembly constituencies each," the CEC said.

Describing the number of voters in the poll-bound states, Rajiv Kumar said, "There are more than 62.8 lakh electors combined in Nagaland, Meghalaya and Tripura including - 31.47 lakh female electors, 97,000 80 voters, and 31,700 PwD voters. Over 1.76 lakh first-time voters to participate in the elections in 3 states."