In his reply submitted to the Lokayukta, Mr Patton said that the complaint filed against him by Aye contained allegations which were "baseless and false." 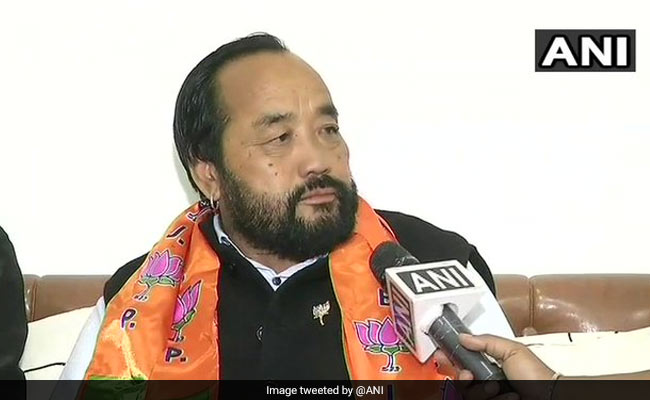 In an order, Justice Singh said the allegations made against Mr Patton were found to be devoid of substances in the absence of any prima facie evidence to connect him with such allegations and to engage the attention of the Lokayukta any further.

It said "the complaint has been submitted in haste with deficient facts. The Lokayukta is not supposed to indulge in roving enquiry with a view to fish out materials and evidence to prove non-specific, bald and omnibus allegations made in the complaint. Thus, the complaint deserves to be rejected and is accordingly dismissed."

The 31-page order of the Lokayukta signed on September 18 was made available to journalists on Saturday night.

Former student leader union Vicca S Aye had lodged a complaint with the Lokayukta on February this year against Patton alleging that he (Patton) offered candidates, who can qualify the written examination of the Nagaland Public Service Commission (NPSC) to approach him for help at the interview stage.

Mr Aye had further alleged that Mr Patton was involved in rampant and unfettered abuse of administrative discretion and favouritism and also interfering in normal administrative functioning of the police department.

He had further alleged that Mr Patton had made 1,135 appointments in the police department without the posts being advertised.

In his reply submitted to the Lokayukta, Mr Patton said that the complaint filed against him by Aye contained allegations which were "baseless and false."

Mr Patton he said complaint "is ex-facie motivated and malafide".

Mr Patton who is also the Home minister belongs to the BJP.