Hyojeong Park was molested by two locals while she was live streaming in Mumbai. Two men, Aditya and Atharva, had come to her rescue 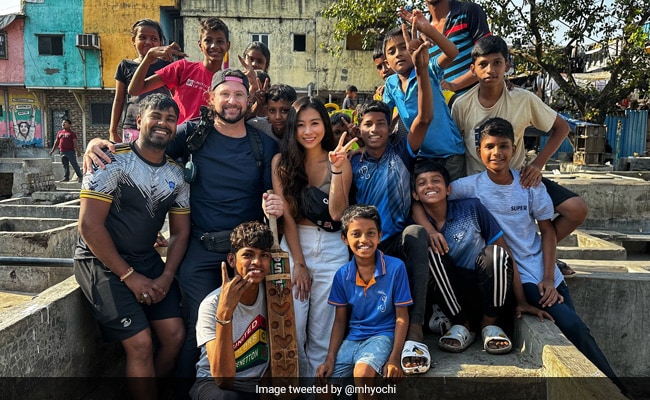 She is seen posing with local kids holding cricket bats. “I played my first cricket match in Dhobi Ghat. I hope I can make a vlog soon,” the caption read.

Ms Park was in the news earlier this week after she was molested by two locals on a busy Mumbai street while she was live-streaming. Two men, Aditya and Atharva came to her rescue and also helped her amplify the incident.

I played my first cricket match in Dhobi Ghat???? I hope i can make a vlog soon pic.twitter.com/3oGH5Vu8g0

Ms Park later tweeted a photo with the two thanking them for the kind act. “Lunch with two Indian gentlemen who help me to post the video and save me on the street. Aditya and Atharva,” she wrote.

Ms Park's live stream showed one of the accused getting closer to her and holding her hand even as she protested. As she walked away, he appeared again with another man on a bike and offered her a lift.

Another video was shared on Twitter showing what had happened after Ms Park was harassed. In the clip, an Indian man can be seen telling the Korean YouTuber that he was watching her live streaming and rushed towards her. He is seen talking to the two accused and asking them to stop. They leave after the man's intervention following which Ms Park thanks him.

“Mumbai is really safe, and I think he also didn't have a very bad intention," Ms Park is heard saying towards the end of the clip while walking with the man who helped her.

The two accused, identified as Mobeen Chand Mohd Shaikh, 19, and Mohd Naqib Sadarialam Ansari, 20, were arrested by the Mumbai Police and a case was registered.