Himanta Biswa Sarma's remarks come after many artists and civil societies have been claiming that they would form a political party and take on the BJP in the 2021 Assembly polls in the state. 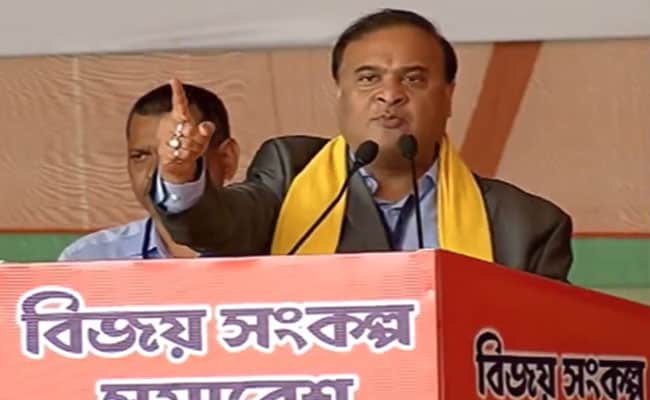 At a time when the Assam BJP is trying to rectify its image with back to back massive peace rallies across the state, BJP leader Himanta Biswa Sarma at one such rally claimed that those leading the Anti-citizenship law protests are day dreaming to start a political party to dislodge the BJP. He however said that these dreams will never be fulfilled and will remain 'Mungerilal Ke Haseen Sapne' drawing parallel to the famous Hindi comedy television show.

His remarks come after many artists and civil societies have been claiming that they would form a political party and take on the BJP in the 2021 Assembly polls in the state.

The artists' community along with All Assam Students' Union is organizing a series of against the new citizenship law. Singer Zubeen Garg during his speech in protest rallies has often talked about need for new political party.

"Political parties like Asom Gana Parishad (AGP), Congress and the BJP have failed the people of Assam and there is need to look for new political alternative. We will show BJP in 2021 assembly polls, if required we will raise money through songs and contest the polls," Mr Garg had said on Saturday at an anti-citizenship law rally organized at the same place where BJP held its massive pro-citizenship law rally.

Himanta Biswa Sarma, while addressing a rally on Sunday said, "Even during the Assam agitation we did not see such a situation where tourists could not come to the state. Due to CAA unrest, Japanese Prime Minister did not come and Industry minister of Assam Chandra Mohan Patwary said that investment has suffered following the protest."

He further claimed that people of Assam would not vote for those who will try to use the Anti-Citizenship Amendment Act sentiment to strengthen their own positions.

Protests have broken out across the country against the new citizenship law which for the first time makes religion the test of citizenship in India. The government says it will help minorities from three Muslim-dominated countries to get citizenship if they fled to India because of religious persecution. Critics say it is designed to discriminate against Muslims and violates the secular principles of the constitution.