Mumbai Restricts Movement Of People Near Coast Over Cyclone Nisarga

Cyclone Nisarga: Maharashtra, Gujarat, Daman and Diu, and Dadra and Nagar Haveli have been put on high alert 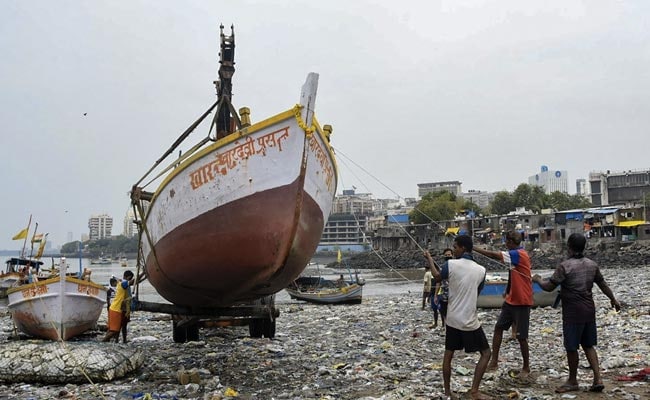 No one is allowed to come out in public places like beaches, parks and promenades along the Mumbai coastline as Cyclone Nisarga is forecast to make landfall around noon on Wednesday, the police said in a late night order.

Maharashtra, Gujarat, Daman and Diu, and Dadra and Nagar Haveli have been put on high alert as some parts of these two states and the Union Territories fall on the path of the cyclone that developed over a low pressure area over the Arabian Sea.

The ban is from Wednesday morning till next day's noon, the police said in the order, anyone caught violating the ban will face criminal action.

The authorities are not leaving anything to chance as Maharashtra is also grappling with the highest number of coronavirus cases in India. The state is struggling to deal with an overburdened healthcare infrastructure.

Any damage left in the wake of the cyclone will add more stress and could complicate the fight against COVID-19.

Maharashtra Chief Minister Uddhav Thackeray in a televised addressed asked the people of Mumbai to "stay indoors" for two days. He asked them to be prepared to face possible power cuts as strong winds hit the city. Charge your gadgets and if possible keep emergency lights handy, he said.

"The cyclone could be more severe than the ones the state has faced till now... Tomorrow and the day after are crucial in coastal areas... Activities which had resumed (as part of easing of lockdown) will be kept shut there for the next two days, people should remain alert," Mr Thackeray said.

Cyclone Nisarga is the first such storm to threaten Mumbai in over a century. The India Meteorological Department said Cyclone Nisarga is likely to intensify into a "severe cyclonic storm" with heavy rainfall and wind speeds of 110 km per hour soon.

Over 10,000 people, including some coronavirus patients, have been moved to safer locations.

Prime Minister Narendra Modi spoke to Mr Thackeray, the Chief Minister Gujarat, the administrator of Daman and Diu, and the top official of Dadra and Nagar Haveli and assured them the centre's support.

The National Disaster Response Force or NDRF has deployed 40 teams in Maharashtra, Gujarat and the two Union Territories. The Army, Navy, Air Force and Coast Guard are also on standby to give help when called in.