Maharashtra Former Chief Minister Devendra Fadnavis was referring to bail being granted to the six men accused of beating up retired Naval officer Madan Sharma; a local Shiv Sena leader, Kamlesh Kadam, is among the accused 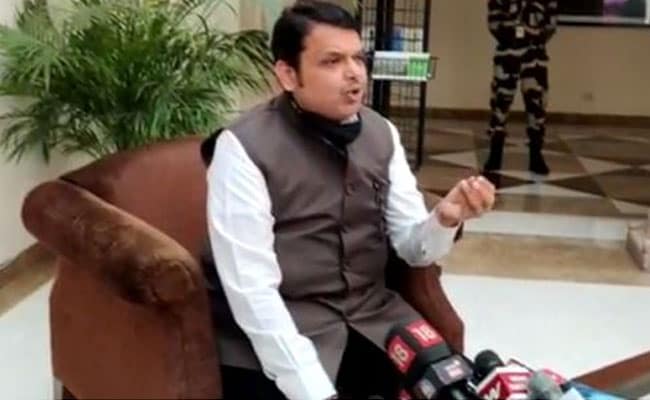 The assaulting of a retired Naval officer in Mumbai, allegedly by workers of the ruling Shiv Sena, is "kind of (a) 'state-sponsored terror' situation, former Maharashtra Chief Minister Devendra Fadnavis said this afternoon.

Mr Fadnavis - a vocal critic of the Sena-NCP-Congress government - also said he had appealed to Chief Minister Uddhav Thackeray yesterday to "please stop this goonda raj (hooliganism)" and ensure "strong punishment to these goons".

"It is very wrong and kind of (a) 'state-sponsored terror' situation. I called upon Uddhavji through my tweet to stop goonda raj (hooliganism). Six accused were released in 10 minutes," Mr Fadnavis was quoted by news agency ANI.

The former chief minister was referring to bail being granted to the six accused this morning. A local Shiv Sena leader, Kamlesh Kadam, is among the accused.

Bail was granted to men accused of beating up Madan Sharma, 65, a retired Naval officer who forwarded a cartoon mocking Uddhav Thackeray. Visuals showed Mr Sharma with wounds on his face and a bloodshot eye. 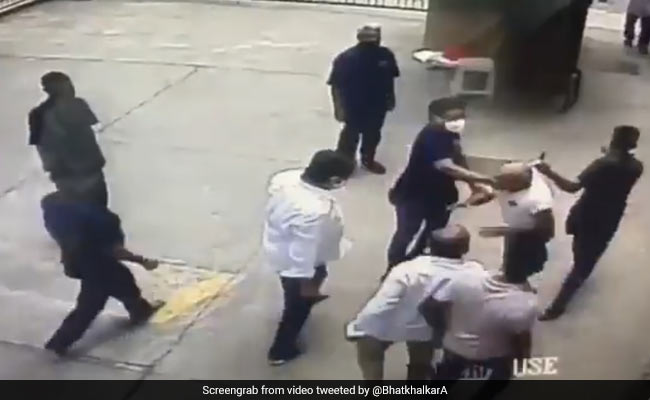 A retired Naval officer was beaten up on Friday, allegedly by Sena workers

There is, at this time, little love lost between Mr Fadnavis, a senior BJP leader, and the Shiv Sena, since the two parties fell out over a power-sharing deal after October's Assembly election.

Angry words were exchanged as the Sena, which refused to back down and went on to form the government with the NCP and the Congress, thwarting, on the way, a last-gasp attempted power grab by Mr Fadnavis and the BJP.

Mr Fadnavis has frequently hit out at the Shiv Sena and Uddhav Thackeray since, including accusing the Sena chief of mishandling the Covid pandemic.

Earlier this week, although he condemned remarks by actor Kangana Ranut over Mumbai Police's conduct of the Sushant Singh Rajput case, Mr Fadnavis hinted at political pressure and said the handling of the case was "wrong".

Apart from Mr Fadnavis, the BJP's Pravin Darekar - the Leader of the Opposition in the Assembly - claimed the men who assaulted the Naval officer got bail because of the Shiv Sena.

The daughter of the officer who was assaulted told NDTV: "We don't know how the photo (the cartoon of Mr Thackeray) reached the Shiv Sena. We want strict action. The accused shouldn't have got bail in this way. Police personnel had come to our house and spoke of a probe on us. I oppose this bail."