Mumbai rain update: The India Meteorological Department has warned of "intense spells of rain" at isolated places in Mumbai and Raigad during next three hours. 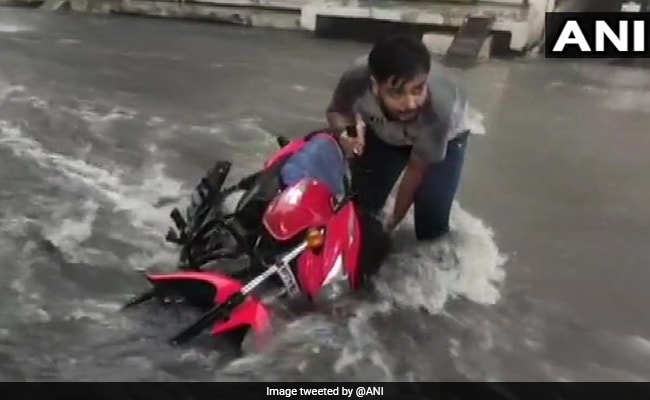 Heavy monsoon showers lashed parts of Mumbai today. The India Meteorological Department (IMD) has warned of "intense spells of rain" at isolated places in Mumbai and Raigad during next three hours.

The Konkan coast and some other regions of Maharashtra are also likely to be battered by rain, the Met department further said.

A high tide of 4.52 meters is expected at 1:43 pm today, as per the Brihanmumbai Municipal Corporation.

#WATCH: Rain lashes parts of Mumbai; visuals from Western Express Highway. India Meteorological Department (IMD) predicted,"Intense spells of rain likely to occur at isolated places in the districts of Mumbai and Raigad during next 3 hours." pic.twitter.com/O0HhhDCYO6

Neighbouring states of madhya Pradesh, Telangana are also witnessing heavy rain today. Villages in Vikarabad district of Telangana have been flooded due to continuous rainfall in the region.

Mumbai has been receiving isolated showers for the last three days. The weather office has said, the city and neighbouring areas will see cloudy skies with light to moderate rainfall.

Last Thursday, eight people have died in two separate cases of building collapse in Mumbai, due to heavy rain. In another case in Mumbai's western suburb of Malad, two people - including a child - had died after a portion of a three-storey chawl or a tenement collapsed.