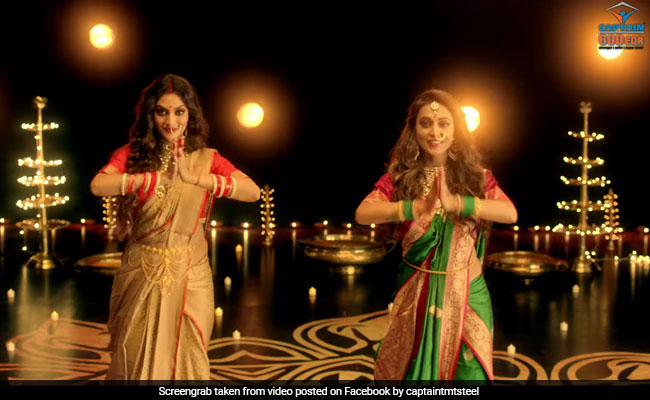 First-time parliamentarians Nusrat Jahan and Mimi Chakraborty are seen in a video dancing to a song as a tribute to Goddess Durga as West Bengal gets ready to celebrate Durga Puja next month. The festival will be celebrated from October 4 to October 8.

The video, released by Captain TMT, is "a tribute to Maa Durga and her inner strength".
Bengali film actress Subhashree Ganguly also features in the video along with the two actress-turned-politicians who are seen dancing to the song 'Ashey Maa Durga Shey'.

The video has collected over 1.6 million views on Facebook, where it was shared on Monday.

Nusrat Jahan, a Trinamool Congress MP, won from West Bengal's Basirhat seat, while her party colleague Mimi Chakraborty is an MP from Jadavpur.