Gujarat Hospital's Before And After As PM Visits Bridge Tragedy Survivors

Four new water coolers were set up overnight at the government hospital in Morbi before PM Narendra Modi's visit, but there was no water in at least one of those. The supply wasn't connected — a stark example of how hurried the spruce-up was after 130 people died in Sunday's bridge collapse and many of the injured were brought here.

After the NDTV report, the hospital administration connected the coolers to water sources.

PM Modi met some of the injured in a ward that was freshly painted. The patients, shifted to new beds with new linen, had been selected and briefed about the interaction beforehand, NDTV has learnt. 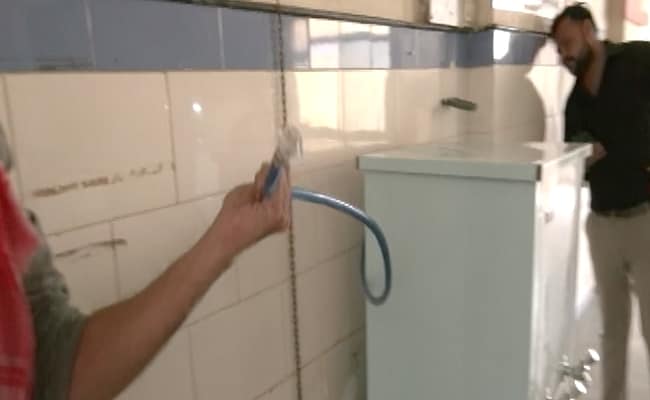 "This is all for show. This water cooler wasn't here before," said a woman who was with a patient. Another woman said the hospital lacks basic facilities otherwise. "Workers moved in only after the Morbi bridge collapse victims were brought here and it was expected that Narendra Modi would visit."

The ward on the ground floor that was empty earlier was deep-cleaned and new beds laid out. Some of the new sheets had markings of a hospital in Jamnagar, which is 160 km from Morbi.

Ground reporting revealed that new IV drip stands appeared next to each bed overnight. Two of the eight patients originally brought here had been shifted out to another ward before the PM arrived.

Outside, at least 40 workers were on the job through the night to repaint the exterior of the hospital, besides touch-ups inside the wards where PM Modi met the injured. Toilets got new tiles too.