On top of the agenda will be to finalise a joint candidate for the Rajya Sabha deputy chairman's post. 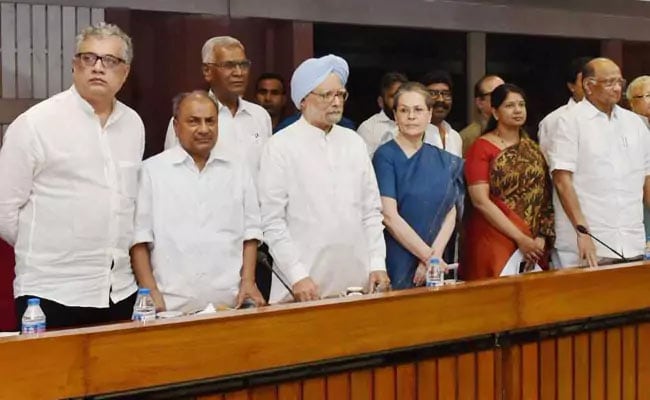 The monsoon session of Parliament will begin on July 18.

Opposition parties will meet on Monday to form a joint strategy to corner the government on various issues during the Monsoon Session of Parliament starting July 18.

On top of the agenda will be to finalise a joint candidate for the Rajya Sabha deputy chairman's post which fell vacant after the end of the term of P J Kurien from the Congress on July 1.

Leaders from the Congress and various other parties will meet in the evening in the office of the Leader of the Opposition Ghulam Nabi Azad in Parliament House.

"Opposition leaders will meet tomorrow to decide on issues which will be taken up in the Monsoon Session. They will plan a strategy to seek answers from the government on issues related to increasing bank frauds, women safety and threats to national security," deputy leader of the Congress in the Rajya Sabha Anand Sharma said.

Sources said that the Congress may agree to a candidate from other opposition parties for the post of the deputy chairman. Among the names doing the rounds for the post include Trinamool Congress leader Sukhendu Sekhar Roy.

The sources also indicated that the post may go to the NCP. The names of the candidates have not been formally discussed and it will be the first time that the issue will be taken up during the meeting tomorrow.

The opposition candidate is likely to be decided by consensus after discussions among leaders from various parties, they said.

The sources, however, said that the ruling NDA is keen on fielding its candidate and is seeking the support of some parties like the BJD and the AIADMK.

The name of Akali Dal leader Naresh Gujral is doing the rounds for the post from the ruling coalition.

During Monday's meeting, the opposition parties are expected to discuss a strategy to corner the government on various issues including lynching, atrocities on Dalits, farmer's grievances and security of women.