Mohammed Shami, who is in the West Indies for the ongoing Test series, has 15 days to surrender and apply for bail, the court said. 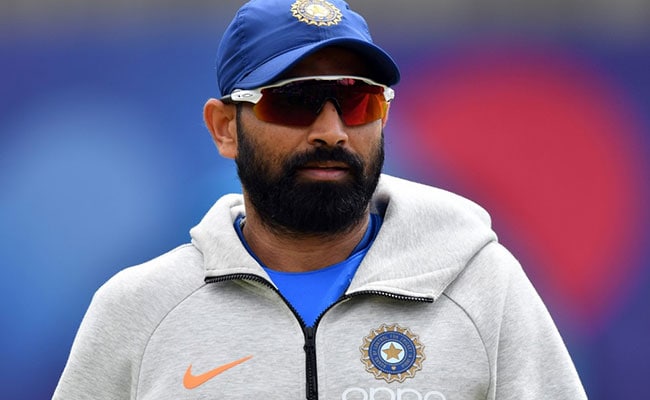 An arrest warrant was issued today against cricketer Mohammed Shami in a domestic violence case registered against him by his estranged wife. Mr Shami, who is in the West Indies for an ongoing Test series, has 15 days to surrender, a court in Kolkata's Alipore said.

The Test series is scheduled to finish on Tuesday.

The court has also issued an arrest warrant against the pacer's brother, Hasid Ahmed, in the same case.

An official of the Board of Control for Cricket in India (BCCI) has however said that no action will be taken against Mohammed Shami till they see the chargesheet, news agency IANS reported.

Hasin Jahan, the cricketer's wife had last year made startling revelations on social media about her husband's infidelity and accused him and his family members of domestic abuse. She had also posted screenshots of the pacer's alleged chats with multiple women. She had also accused him of corruption. Mr Shami has denied all allegations as a campaign to defame him.

"If Shami fails to comply with the order, the court has directed the authorities to arrest him," Ms Jahan's lawyer Zakir Hossain told news agency AFP.

In March this year, the cricketer was charged with dowry and sexual harassment. Hasin Jahan also demanded Rs 7 lakh as monthly maintenance.

A month later, Ms Jahan, a former model, had locked herself in a room in her in-laws house saying she had "every right to stay there". Police intervened and after failing to control the situation, detained her. She was later released.

"I have come to my husband's house and I have every right to stay here. My in-laws are misbehaving with me and the police are supporting them. They should have arrested them but they are taking me to the police station," she had said after her release.

A senior police official told AFP they are yet to receive a copy of the court order.

(with inputs from IANS and AFP)