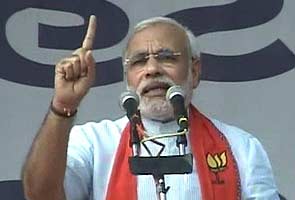 Ahmedabad: RB Sreekumar, former Gujarat Additional Director General of Police, who in the past has accused chief minister Narendra Modi of being largely responsible for the 2002 communal riots in the state, has filed another affidavit against Mr Modi before the Nanavati Commission. In this affidavit, Mr Sreekumar claims that Ashok Narayan, who was then the Additional Chief Secretary, Home, had told him that Mr Modi had issued a verbal order for the immediate release of the Hindus arrested in connection with the riots in 2002.

This is the ninth affidavit filed by the former Gujarat Intelligence Chief before the Nanavati Commission.

Significantly, Mr Sreekumar has submitted the transcript of the audio recording that was clandestinely done by him of his conversation with Mr Narayan in August, 2004.

Promoted
Listen to the latest songs, only on JioSaavn.com
Mr Sreekumar says that the transcript clearly indicates that the criminal judicial system in the state during the riots was being subverted by the top echelons of the government.

In the transcript, Mr Sreekumar has also claimed that he had suggested to Mr Narayan that the latter should report the matter to the Nanavati Commission, but Mr Narayan had disagreed, saying there was no way to prove that the chief minister had issued such an order.