Mr Zoramthanga also rallied other chief ministers of the northeast region to support his request. 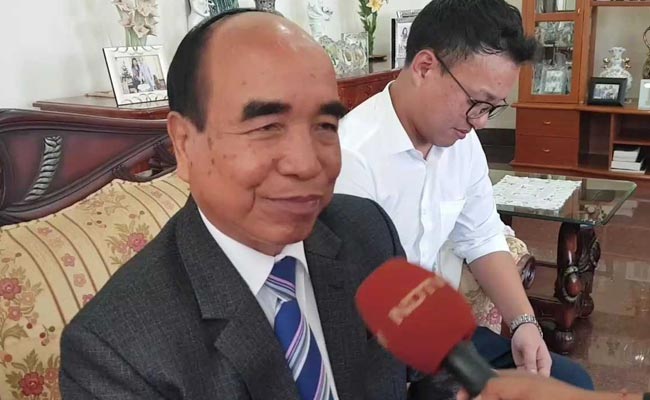 Mizoram Chief Minister Zoramthanga, spotlighting the special category status of his state, has asked Prime Minister Narendra Modi to make Covid vaccinations free of cost for all age groups in the hill state, becoming the first NDA ally to voice such a demand.

Mr Zoramthanga also rallied other chief ministers of the northeast region to support his request.

"Humble request for special category states like us to be provided with vaccines free of charge by the Govt of India; to save our stressed economic resources!" Zoramthanga tweeted on Monday, tagging the Chief Ministers of Assam, Nagaland, Manipur, Meghalaya, Tripura, Sikkim and Arunachal Pradesh, along with Prime Minister Narendra Modi and Union Home Minister Amit Shah.

While the centre is providing for the vaccinations of those above 45 free of cost, the states have to purchase the vaccines for those in the 18-44 age cohort from the Serum Institute of India that produces Covishield and Bharat Biotech that produces Covaxin, the two Indian vaccine manufacturers against the coronavirus.

Earlier, Mr Zoramthanga had indicated that due to the Covid lockdown the state is already facing a financial stress.

"The pandemic has put a serious stress on the resources of the country and this has a far more severe impact on small states with small resource base like Mizoram," wrote Mr Zoramthanga, who also doubles up as the state's Finance Minister, in a letter that was attached with his tweet.

"On top of this, we are now required to buy the vaccines for 18-44 age group, which puts more stress on our meagre resources," the Chief Minister, of the frontier state that shares borders with Myanmar and Bangladesh, said.

It may be mentioned that all the eight northeastern states used to enjoy 90:10 financial aid as per Gadgil formula base grant system until 2015.

"While most parts in India appear to have reached a stage where the new cases of Covid-19 are declining, North East India is still witnessing increasing trend of new cases," Mr Zoramthanga further said in his letter.