3 Dead, 10 Injured As Buildings Collapse In Mizoram, Over 100 Evacuated

The search and rescue operation, which included volunteers from the Young Mizo Association, a non-political, nongovernmental organisation of Mizo people, has been declared closed 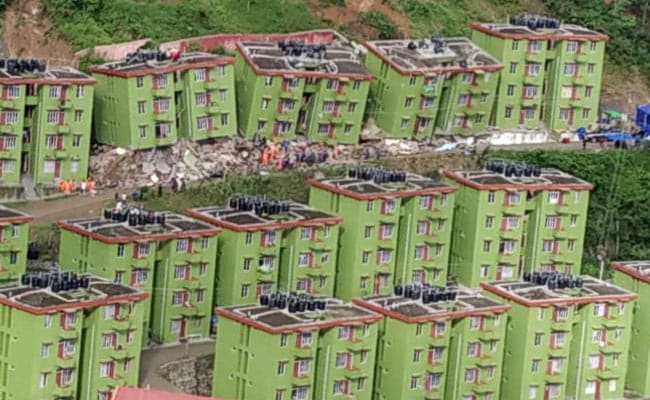 Three buildings in Mizoram's Aizawl collapsed after a massive landslide on Tuesday evening, leaving at least three dead, including two children. Ten others were injured and have been taken to a hospital nearby. Seven of those injured were released today morning; the three others are in stable condition.

Over 100 people were evacuated and are being sheltered at a community centre.

The search and rescue operation, which included volunteers from the Young Mizo Association, a non-political, nongovernmental organisation of Mizo people, has ended.

Mizoram Chief Minister Zoramthanga visited the site on Wednesday morning and the state government has ordered a probe in the accident.

The landslide took place in Durtlang hills, located in the northern part of the capital city, after heavy rainfall. The buildings are part of a housing complex under a central-government sponsored scheme, "Basic Services to the Urban Poor".

They were constructed by National Project Construction Company (NPCC) with an estimate of over Rs 26 crore, news agency PTI reported. The residents were allotted the building last year and 18 families were living in the buildings that collapsed.

"Dirt Has Gone Out Of Sena": Aaditya Thackeray On Rebel MLAs