We Started It, Says Congress Amid War Over Mission Shakti Credit

In a series of tweets, Congress claimed credit for A-SAT test and said it was initiated during UPA government. 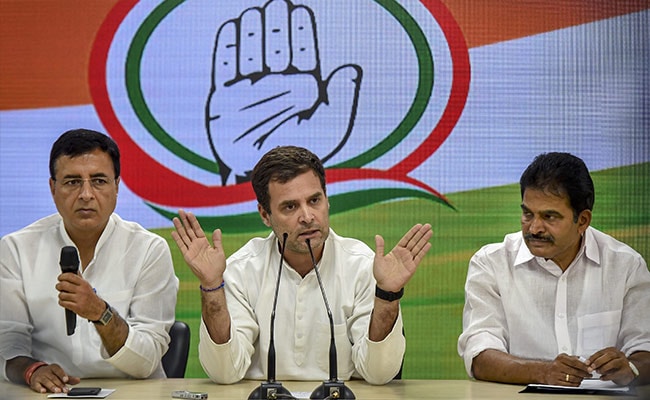 Congress has questioned the timing of PM Modi's address in the middle of the campaign for polls.

As Prime Minister Narendra Modi announced that India had joined an exclusive league of space powers by successfully testing an anti-satellite missile that shot down a low-Earth orbit satellite in a television broadcast, politicians from across party-lines congratulated the defence research body but attacked the government saying it was done to gain political points two weeks ahead of polls.

In a series of tweets, Congress claimed credit for A-SAT test and said it was initiated during UPA government.

"@DRDO_India set up in 1958 under Pt. Jawaharlal Nehru was the first govt. agency to begin defence research & development. It has played a pivotal role in equipping our defence forces with the latest technological developments", Congress tweeted after PM Modi's announcement.

Senior leader Ahmed Patel tweeted congratulations to Manmohan Singh and said that "there is no doubt the concept of ASAT was finalised by the Congress government after the phenomenal success of the Agni program". He also added that "concept of team work is alien" to BJP.

Fake excuses by a lying Govt to say that UPA didn't give permission. Keep that argument aside, let Govt answer-why it took 5 long years to show India's space power?

Congratulations to @DRDO_India for the success of #MissionShakti, building blocks of which were laid during UPA-Cong Govt in 2012.

India has been at forefront of space technology owing to vision of Pandit Nehru & Vikram Sarabhai.

Party spokesperson Priyanka Chaturvedi praised the country's scientists and took a dig at detractors of Pandit Nehru and scientist Homi Bhabha. She said in her tweets, they "got us where we are today."

Union Finance Minister Arun Jaitley, however, attacked the opposition for what he dubbed "clerical objections" and said India's nuclear programme was on 365 days, "whether or not there is an election". He said the anti-satellite missile programme was commissioned by PM Modi in 2014.