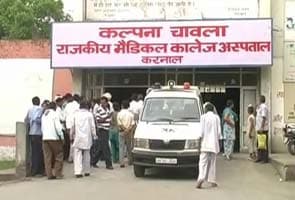 Karnal: A minor girl from Karnal in Punjab has been allegedly raped twice since January this year by a relative and his three friends.

On April 23, three of the men allegedly abducted the ninth standard student from outside her school, took her to a house and gang-raped her.

The girl has alleged she was raped by one of the four suspects in January as well, said Joginder Rathi, Deputy Superintendent of Police, Karnal.

Promoted
Listen to the latest songs, only on JioSaavn.com
The suspects, who are on the run, allegedly threatened the girl they would kill her if she complained to the police.

"The girl's father called up the police helpline. We have registered a case and sent the girl for medical examination," Mr Rathi said.