Midnight's Children gets distributor, to be released in India in December 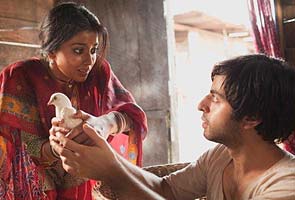 New Delhi: A new film of Salman Rushdie's 1981 novel 'Midnight's Children' is due to be released in India after fears that it would not find a distributor in the country which is set, according to a report.

PVR Pictures has acquired the film to be shown in Indian cinemas by the end of the year, PVR chief Kamal Gianchandani said - allaying the director's fears that it may not be released because of "insecure politicians".

"We're looking at releasing the film in December. We're yet to decide the release date," Mr Gianchandani told a website.

Rushdie's Booker prize-winning novel includes highly critical descriptions of the late Prime Minister Indira Gandhi, who suspended democracy in India between 1975 and 1977 in a period known as 'The Emergency'.

The Gandhi family remains at the centre of political life in India, with Indira Gandhi's daughter-in-law Sonia Gandhi the president of the ruling Congress party and her son Rahul seen as a potential future Prime Minister.

"What a pity if insecure politicians deprive the people of India (of the chance) to make up their own minds about what the film means," Ms Mehta told a newspaper last month.

It said the late Prime Minister's thinly-disguised character is depicted on screen in "a manner that conveys an almost Voldemort-like menace" - a reference to Harry Potter's arch enemy.

The author spent a decade in hiding after Iranian spiritual leader Ayatollah Ruhollah Khomeini issued a fatwa in 1989 calling for his death due to passages in the book.

Last month he published an autobiography concerning the period, titled "Joseph Anton: A Memoir" after the pseudonym he used to conceal his identity.

Born in Mumbai, Rushdie was forced to withdraw from a literary festival in Jaipur this year after Islamist activists protested and issued death threats.

He recently slammed India for being "thin skinned" and increasingly censorious of works of art.

Promoted
Listen to the latest songs, only on JioSaavn.com
The film of "Midnight's Children", which was adapted by Rushdie, was shot in Sri Lanka, where the government came under pressure from Iran to stop the project.

The adaptation is due for worldwide release in October or November.