Remembering his father BN Yugandhar, an IAS officer who died following a brief illness last year, Satya Nadella said: "My father's work was more than just a job for him." 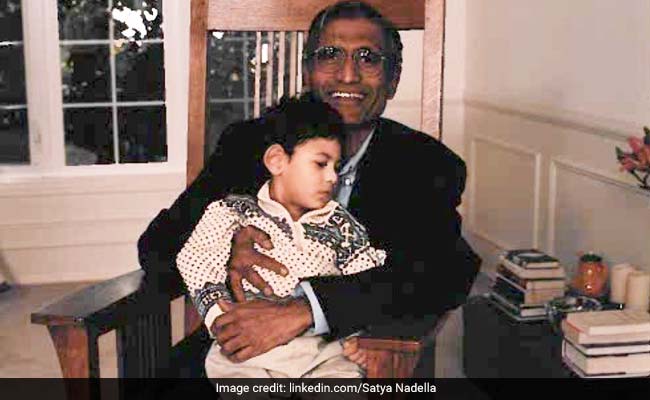 Satya Nadella as a child with his father BN Yugandhar.

Microsoft CEO Satya Nadella penned an emotional tribute to his late father on the occasion of Father's Day, saying how he had been instrumental in shaping his views of work and life.

Mr Nadella said one of his earliest memories of his father that captures "his passions, his values, and his life's work" was getting up in the middle of the night and finding him taking a break from a long day of work by reading a book by a Russian author.

Remembering his father BN Yugandhar, an IAS officer who died following a brief illness last year, Mr Nadella said: "My father's work was more than just a job for him."

In a post on LinkedIn on Sunday, the Microsoft CEO wrote that his father "immersed himself in field programs, policy formulation, and legislative work, tirelessly pushing for progress in each of these areas through the decades. What gave him deep satisfaction was not the abstract, but the people he was working for and the impact that his work was having in their lives."

"The way he combined his work with his life's passions, the deep meaning he derived from it, has been instrumental in shaping my own views of work and life," he added. 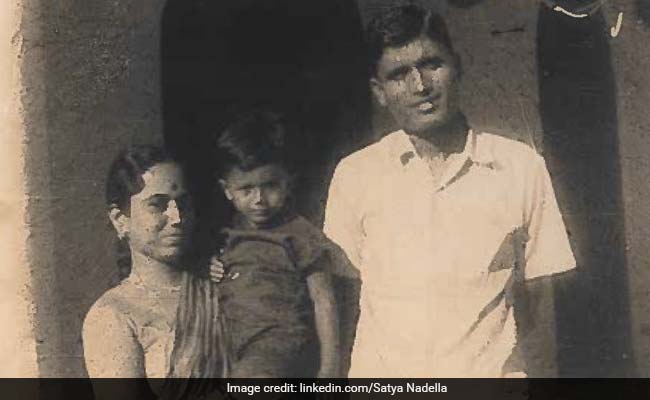 Satya Nadella with his mother and father in 1970.

BN Yugandhar served in the Prime Minister's Office and the Planning Commission. He held many key positions both in undivided Andhra Pradesh and at the Centre. "He would say to me that life is a terminal condition, and no one makes it out alive. But one's life can speak to us by passing on what is most important about being human and how to live," Mr Nadela said in his post.

BN Yugandhar spent many years at India's National Academy of Administration, first as a student, then as junior faculty, and later as its director.

Mr Nadela said the most enduring of his father's life lessons was the need to keep an open mind and to keep curiosity alive throughout one's life.

"I work and live in a very different context and time. And yet I am guided by the lessons he taught me by living his life to fulfill his passions and principles," he said.