"Can I Please Find Him?": Michelin-Star Chef Vikas Khanna On Auto Driver Who's Helping Migrants

Vikas Khanna has been distributing food to orphanages, old-age homes and leprosy centers since April amid rising number of coronavirus cases in India. 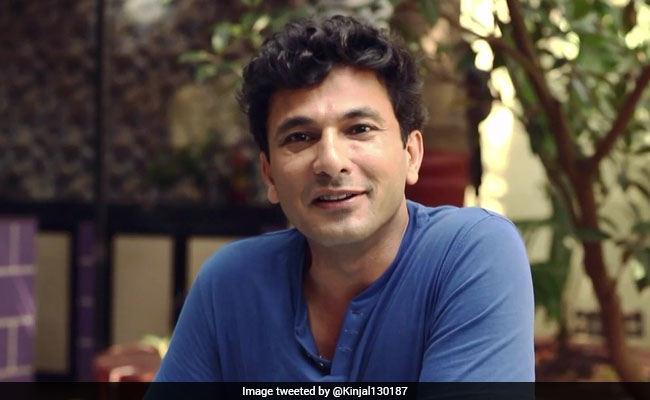 Michelin Star Chef Vikas Khanna, who has distributed four million food packets of dry ration across 79 cities in India to those affected by the coronavirus lockdown as a part of the initiative he started in April, last night sought support on Twitter for an auto driver.

Akshay Kothawale, the 30-year autorickshaw driver from Pune, is using his savings worth Rs 2 lakh for helping migrants stranded in his city due to the shutdown. He had saved the money for his wedding, which has now been postponed, according to news agency PTI.

He has been using the money to prepare food for nearly 400 people every day with the help of his friends. They then go around the city streets and distribute the food among migrant labourers, PTI reported.

Inspired by his story, the 48-year-old world-renowned chef, author and film-maker, who is living in New York, sought support for the auto driver on Twitter.

"This is music to me right now. Can I please find the guy. This man is precious, lets support him," he tweeted. He also shared his e-mail id in the post.

This is music to me right now.
Thank you @ndtv
Can I please find the guy. This man is precious, lets support him.
info@vkhanna.com https://t.co/sQF4j8ejhm

The 30-year-old auto driver had told news agency PTI that he was moved by the plight of poor people. "While working as an autorickshaw driver, I could save around Rs 2 lakh for my wedding which was scheduled on May 25. But, due to the lockdown extension, we thought it would not be appropriate to have the wedding now. So my fiancee and I decided to postpone the wedding," he said.

"I saw several people on roads who could not even afford to have one meal and were struggling to survive. Some of my friends and I then thought of doing something to help the daily-wagers and those in need," he said.

Vikas Khanna has been distributing food to orphanages, old-age homes and leprosy centers since April amid rising number of coronavirus cases in India. Last week, he thanked the National Disaster Response Force (NDRF), its Director General Satya Narayan Pradhan and the force's personnel for support in collecting, packaging and distributing the ration across India.

"My hope is solidarity. Solidarity is everything. We can beat corona and we should all be united to figure out how to defeat this virus," Chef Khanna told PTI.