After 223 Stopped At Border, Meghalaya Fears Spillover From Assam NRC 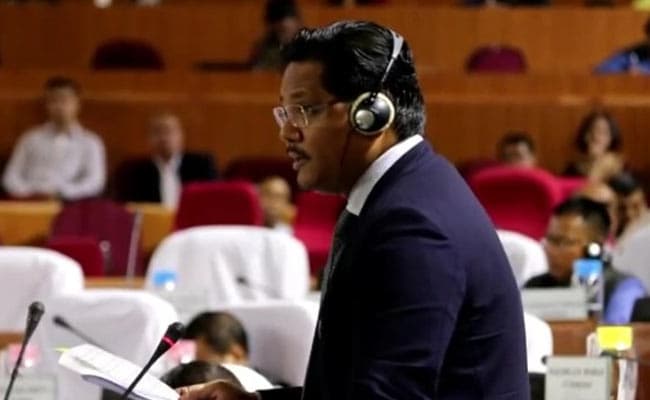 The NRC exercise in Assam has led to pressure on its border with Meghalaya, Chief Minister Conrad Sangma informed the state legislative assembly on Tuesday, explaining that 223 people had been stopped at check posts because they lacked documents to establish their citizenship. The Meghalaya Chief Minister also said security had been increased along the border and that all District Superintendents of Police (DSP) had been asked to keep 24-hour vigils.

On August 31 the Assam government released the final list of the National Register of Citizens (NRC) that left over 19 lakh people. According to official sources, in the week that followed the list's release 223 people were stopped at the Meghalaya-Assam border since they could not produce original and valid identification documents.

"Instructions were issued to carry out comprehensive checking and not allow anyone coming from Assam without sufficient proof of documents. The check-posts at the key entry points bordering with Assam have been posted with adequate manpower," the Chief Minister told the assembly.

He also said that nearly 30 additional check points had been set up in different districts and that these too would be manned on a 24-hour basis.

On Monday, at a NEDA (North East Democratic Alliance) conclave in Guwahati that was attended by Home Minister Amit Shah, Mr Sangma had claimed people in Meghalaya feared that those identified as illegal immigrants in Assam would try and enter their state.

Amit Shah, who was on a two-day visit to Assam, had declared "no illegal immigrants will be able to stay in Assam (or) go to another state", but offered no alternative to deal with the approximately 19 lakh people who have been left out of the NRC.

Chief Minister Conrad Sangma is a key BJP ally in the North East but has been critical of the centre's citizenship drives in the region, and has also highlighted fears over the Citizenship (Amendment) Bill.

"What will happen after CAB? Will people continuously come from Bangladesh? Will there be any deadline or a continuous flow? We in Northeast have such fears," he asked Mr Shah in Guwahati.