Conrad Sangma's statement came in the wake of media reports of PDF chief P N Syiem, reportedly threatening to pull out of the MDA. 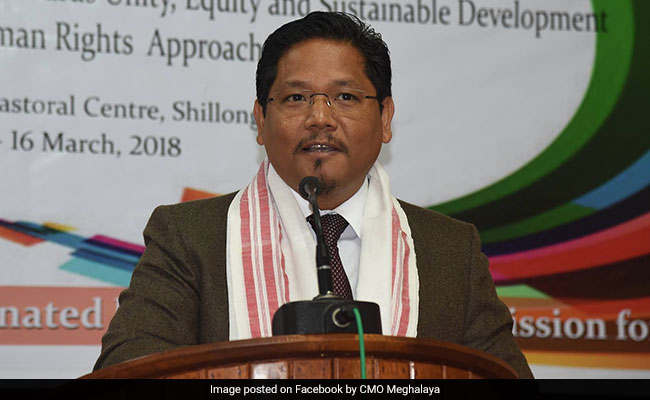 "The government is stable. I had a talk with them (PDF MLAs) and there is no question of their withdrawal," the chief minister said on the sideline of a programme.

He said all MDA partners were "committed" to completing the five-year term.

Mr Sangma's statement came in the wake of media reports of PDF chief P N Syiem, who is also the chief executive member of the Khasi Hills Autonomous District Council (KHADC), reportedly threatening to pull out of the MDA.

Mr Sangma said the PDF might have some issues within the party with regard to the coalition politics in the KHADC.

The chief minister, however, added that the issues of the district council might not necessarily affect the alliance government, and cited the example of how the coalition partner UDP is supporting the Congress in the Jaintia Hills Autonomous District Council.

PDF MLA and Meghalaya Sports Minister Banteidor Lyngdoh told PTI, "We are moving ahead with the policies and programmes of the government and we are not withdrawing support."

He said it was childish on the part of Syiem to make such alleged statements without first consulting the MLAs concerned.

Mr Danggo resigned as he will join the ruling NPP while Agatha resigned to make way for Conrad Sangma to get elected to the state Assembly.

Conrad Sangma is currently the Lok Sabha MP from Tura.