BJP spokesperson Meenakshi Lekhi had filed a criminal contempt petition against Rahul Gandhi over his "chowkidar chor hai" remark on PM after the Rafale verdict. 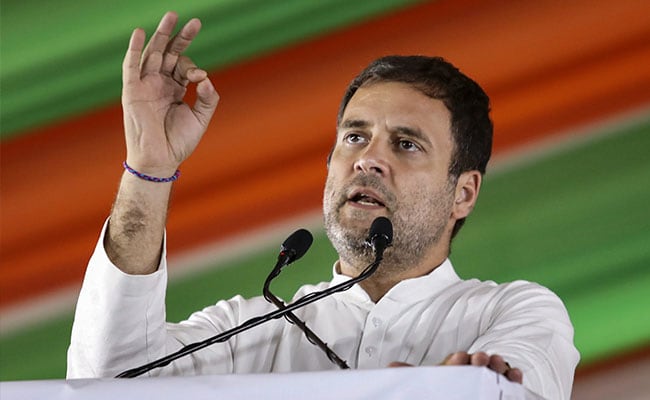 Rahul Gandhi had expressed "regret" in his last explanation to the top court.

Congress president Rahul Gandhi has not tendered any apology or exhibited remorse in his explanation filed over his remark on PM Modi after the Rafale case verdict, BJP spokesperson Meenakshi Lekhi told the Supreme Court today.

Ms Lekhi, who has filed a criminal contempt petition against Rahul Gandhi over his "chowkidar chor hai" remark after the Rafale verdict, which the top court had said was "incorrectly attributed" to it, submitted a rejoinder affidavit. The top court is scheduled to hear the Ms Lekhi's contempt petition tomorrow.

She added that the Congress President Gandhi further made false and contradictory statements in the affidavit "which itself amounts to contempt of court".

The top court had on April 15, given a categorical clarification, that in its Rafale verdict there was no occasion for it to make a mention of the contemptuous observation that "chowkidar Narendra Modi chor hain" as has been attributed to it by Gandhi.

Rahul Gandhi, who filed a fresh affidavit following the formal notice issued to him by the top court on Ms Lekhi's pleas, has used the word "regret" in bracket.

On April 22, Rahul Gandhi had filed an affidavit in response to the top court's order asking him to give an explanation over his remarks and had said that he was expressing "regret" over it.

However, during the hearing in the matter the next day, senior advocate Mukul Rohatgi, appearing for Ms Lekhi, had told a bench headed by Chief Justice Ranjan Gogoi that the word ''regret'' was in a bracket and actually it was a "lip service of apology".

In his fresh affidavit, Rahul Gandhi repeatedwhat he had said in his explanation earlier that his statement was made in the "heat of political campaigning" and there was not the "slightest intention to insinuate" anything regarding the Supreme Court proceedings in any manner.