Maoists' Warnings On Walls, A Day After BJP Leader's Murder In Dantewada

The warnings were written by the Darbha division committee of the outlawed group on the walls of government establishments such as post offices, schools and health centers. 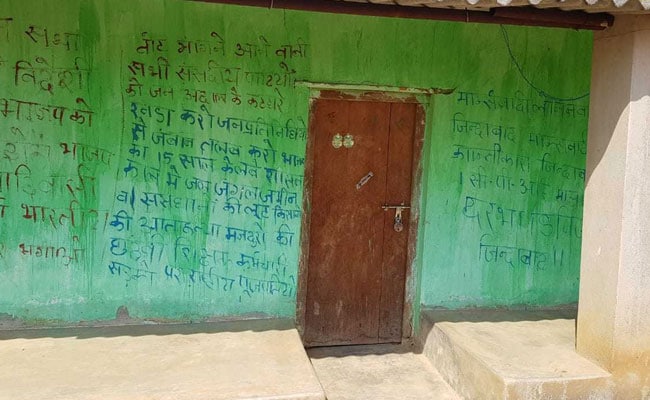 The Bastar region of Chhattisgarh would vote on Thursday (File)

Maoists in Chhattisgarh's Bastar region have scribbled warnings on walls in Dantewada, Bijapur, Sukma and Narayanpur districts, asking voters to boycott Thursday's national election, a day after they killed a BJP legislator and four others in an improvised explosive device (IED) blast.

The warnings were written by the Darbha division committee of the outlawed group on the walls of government establishments such as post offices, schools and health centers.

"BJP ko maar bhagao (Force the BJP to flee)" warning written on one of the walls read.

"On the one hand the central government has sold the nation to corporates and on other they talk about nationalism," another warning read.

The Bastar region of Chhattisgarh votes on Thursday. However, two days before polls, BJP lawmaker Bhima Mandavi, 40, his driver and three security officials were killed in a Maoist ambush, an attack seen as their attempt to scare the voters away.

The convoy was coming from an election campaign when they were ambushed at Shyamagiri hills - nearly 350 km from state capital Raipur. The blast ripped the lawmaker's vehicle into two, killing the occupants on the spot. 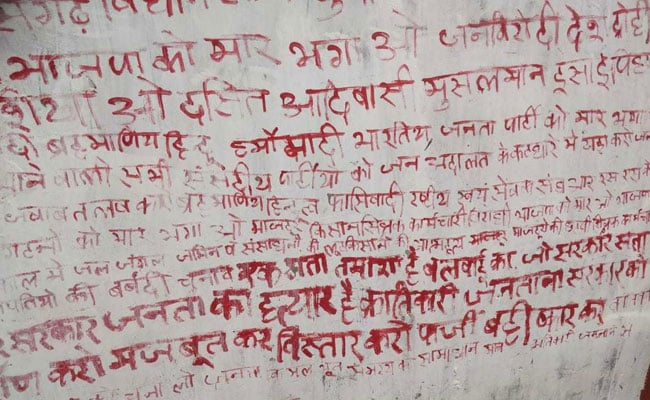 In view of the lack of adequate security on the route, the local police had asked the lawmaker against making the journey, but he wished to get his message across to the people, sources said.

Maoists had warned the locals not to vote in the election -posters carrying their message dot the area.

Chief Minister Bhupesh Baghel, meanwhile, has asked people of the region to come out and vote in large number.

"I urge the people of Bastar to come out of their houses tomorrow and exercise their right to vote. Let us join hands and show to the world that we are one and we cannot be threatened. Let's show the power of democracy!" he tweeted.

A Central Reserve Police Force (CRPF) trooper was critically injured in an improvised explosive device (IED) blast in Maharashtra's Maoist-affected Gadricholi district on Wednesday, a day before voting in the area for Lok Sabha polls.

The blast took place in Gatta-Ettapalli area in the evening where the troops of the 191st battalion were on patrol.