Maoist attack in Bihar's Gaya: This is the first time in years that a kangaroo court was held in the state, though sporadic attacks have been reported from some pockets 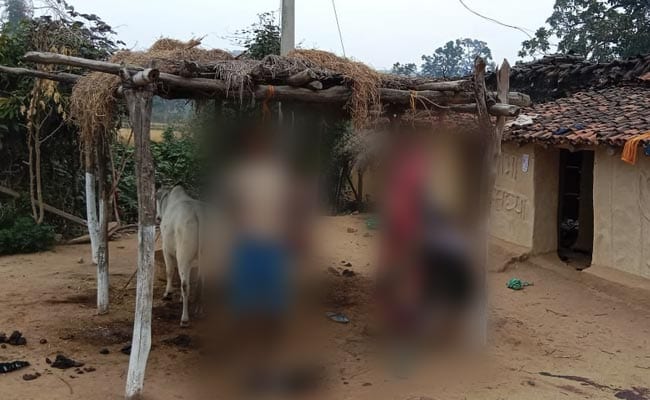 Maoists conducted a kangaroo court in Bihar's Gaya yesterday and hanged two men and two women and blew up their house. The house of Sarju Bhokta in Monbar village, Dumaria, was blown up with dynamite. His sons Satyendra Singh Bhokta and Mahendra Singh Bhokta and their wives were tied, blindfolded and hanged outside the house. The Maoists also pasted a note on the door of the house where they accused the family of murder and conspiracy.

The note mentioned that four Maoists -- Amresh Kumar, Sita Kumar, Shivpujan Kumar and Uday Kumar -- were poisoned and killed in the past and alleged the family's involvement. The note also warned of severe punishment to "traitors".

The police reached the spot on Sunday morning and are investigating the matter.

A year ago, four Maoists were killed in an encounter with the police in Monbar village. The Maoists, however, had called it a fake incident.

They claimed that the owners of the house they were staying in had poisoned them. Then they called the police, who conducted a fake encounter.

This is the first time in years that a kangaroo court was held in the state, though sporadic attacks have been reported from some pockets.

In February last year, suspected Maoists blew up a school building in Gaya district and left behind pamphlets denouncing the CAA, NPR, NRC and the "fascist BJP government".

In September, Cheron, a Maoist wanted for the killing of 11 Bihar Police personnel in 2003, was arrested from Yadunathpur in Rohtas district. A police vehicle with 11 personnel in it was blown up by Maoists in the Nawhatta police station area in 2003.