The study "Health, Safety and Dignity of Sanitation Workers An Initial Assessment" says the financial situation of sanitary workers in India is ''precarious'' and it is a job linked to "a caste-based structure". 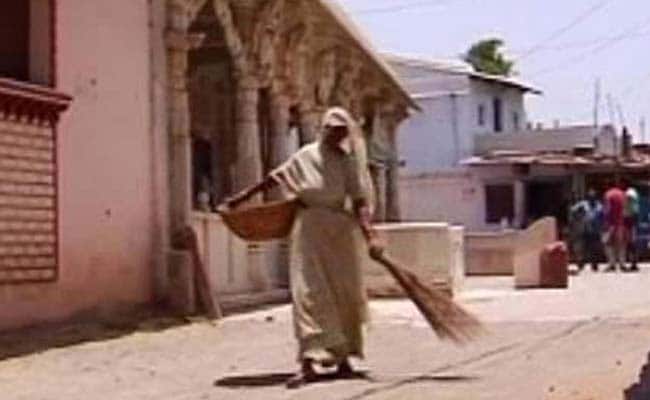 Manual scavenging, banned through a legislation in 2013, still prevailed in India due to ''weak legal protection and lack of enforcement'' of the rules, according to a new global study by the World Health Organisation (WHO) and others.

The study "Health, Safety and Dignity of Sanitation Workers An Initial Assessment" says the financial situation of sanitary workers in India is ''precarious'' and it is a job linked to "a caste-based structure".

Authored jointly by The World Bank, WHO, International Labour Organisation (ILO) and WaterAid, an international development organization, it's findings draw on evidence of sanitary working conditions in India and eight other nations.

The study was released on Thursday, five days ahead of the World Toilet Day on November 19. Other countries covered by it are Bangladesh, Bolivia, Burkina Faso, Haiti, Kenya, Senegal, South Africa and Uganda.

"Many countries either lack laws and regulations that protect sanitary workers, or the laws in place are not enforced or are not enforceable in practical terms. Manual emptying, often the riskiest sanitation work, is often characterized by informality," the study says.

"Efforts to prohibit manual emptying (for example, in India and Senegal) have not necessarily curtailed the practice but instead forced it underground," it says.

The report also says pay for low grade, temporary or informal work tends to be low, income is irregular, and workers are vulnerable to extortion.

"In India, some manual workers reported they have been paid in food rather than money," it says.

"This is especially true when sanitation is linked to a caste-based structure and often allocated to castes perceived to be lower in the caste hierarchy, such as in India and Bangladesh, where sanitation work is perceived to belong to the Dalit caste," it said.

This stigma often resulted in inter-generational discrimination, where children of sanitary workers struggle to escape the vicious cycle of limited opportunities and sanitary work. Furthermore, alcoholism and drug addiction to evade the working conditions were common among some sanitary workers, the study said.

Reacting to the report, former union minister Jairam Ramesh said all forms of manual scavenging were banned by 2013 legislation-the Prohibition of Employment as Manual Scavengers and their Rehabilitation Act.

"We must have zero tolerance policy (towards this menace)," told Mr Ramesh, who as the Rural Development Minister in the UPA government pushed the Bill in Parliament in 2013.

In July 2019, a Parliament response by the Ministry of Social Justice and Empowerment stated that the government has identified 54,130 manual scavengers from 170 districts across 18 states in the country.

A separate WaterAid report quoted a study conducted by Dalberg Associates in 2018 and said there was an estimated 5 million sanitary workers across India who often came into "direct contact with human waste, working with no equipment or protection, which exposes them to a wide variety of health hazards and disease".

Toxic gases in septic tanks and sewers can cause workers to lose consciousness or die, it said adding an estimated three sanitary workers die every five days in the country. Countless more suffer repeated infections and injury, and have their lives cut short by the everyday risks of the job, says the study.

"Family members of the sanitary workers do struggle too, both due to the stigma of the work and due to the life losses or health consequences in their families," it adds.

Raman VR, Head of Policy at WaterAid India said sanitary workers carry out one of the most essential public service in society yet they are forced to work in conditions that puts their health, lives and dignity at risk.