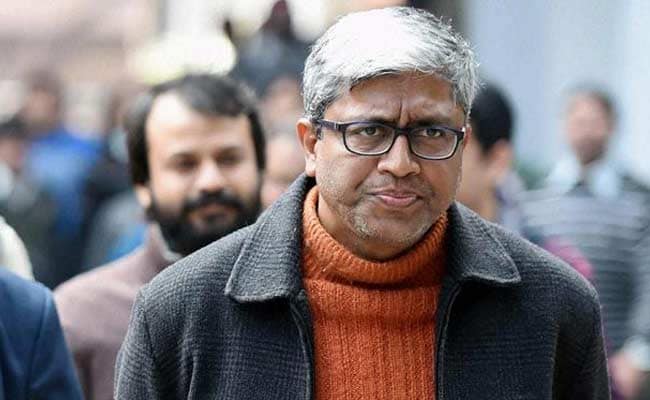 AAP's Ashutosh accused Manohar Parrikar of "lying" on issue of OROP for the ex-servicemen.

Panaji: AAP today accused Defence Minister Manohar Parrikar of "lying" on the issue of OROP for the ex-servicemen.

"He continues to lie on the One Rank One Pension issue and is falsely claiming that the Modi government has already delivered on its OROP promise," AAP national spokesperson Ashutosh alleged in.

"In the same breath, Parrikar says the centre needs two months to solve the OROP difficulties, which only proves the BJP government is still lying," he alleged, referring to Mr Parrikar's statement yesterday.

"If the servicemen are happy with the government on OROP issue, then why are they agitating in Delhi? Why did Ram Kishan Grewal have to commit suicide?" the AAP leader asked.

The 70-year-old ex-serviceman, Ram Kishan Grewal, had consumed poison in the lawns behind Jawahar Bhavan in Delhi, which houses the Ministry of External Affairs, on November 1.

He was rushed to RML Hospital where he died during treatment. The Armed Forces pensioners are demanding pension revision every year but the centre is insisting on revision every five years, he said.

"While the Modi Government is quick to claim credit for the bravery and achievements of the Armed Forces, it backs off from rewarding veterans for risking their lives to defend the country," Ashutosh added.

Exactly a day after surgical strike across the LoC, the Defence Ministry had issued an order halving the disability pension of the ex-servicemen, he claimed.

Promoted
Listen to the latest songs, only on JioSaavn.com
"A few days later the same Parrikar-led ministry brought down by a notch the rank of military officers against civil officers in the ministry," the AAP leader claimed.

Talking about local issues, Ashutosh alleged, "Parrikar and BJP have only contributed further in making Goa a destination for gambling, sex and drugs. Parrikar and BJP have miserably failed to deliver on their promises of good governance and zero tolerance for corruption."