EVM stands for the Electronic Voting Machine, a tool that has done away with the need for ballot sheets and boxes while expediting the counting process. 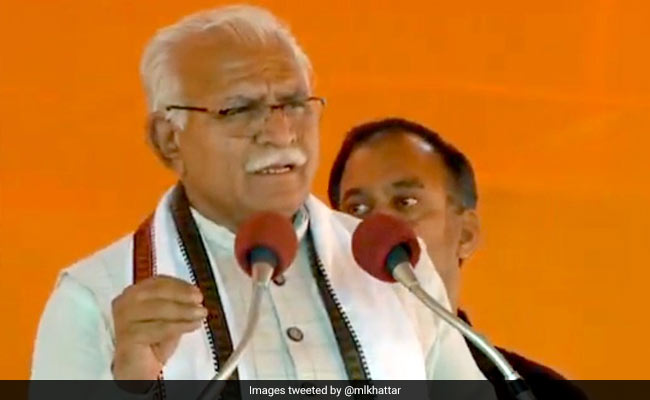 Haryana Chief Minister Manohar Lal Khattar today tweeted out a cryptic message ahead of assembly elections in the state, claiming that the acronym EVM stands for "Every Vote for Modi" and "Every Vote for Manohar". He probably did not mean it like the opposition does.

EVM stands for the Electronic Voting Machine, a voting tool that has done away with the need for ballot sheets and boxes while expediting the counting process. But the machines have come under a cloud over the last few years, with opposition parties alleging that they are being manipulated at the behest of the ruling party.

The tweet, which was deleted soon afterwards, was accompanied by video footage of Mr Khattar elaborating on his analogy at an election rally in the state. "The name of the machine is EVM. This acronym can be expanded to mean 'Every vote for Modi'. But if anybody says that this is an election to the state assembly, not parliament, EVM can be expanded to mean 'Every vote for Manohar'. And it doesn't matter if the vote is for Modiji or for Manohar, the symbol to press is 'lotus'," the Chief Minister said, adding that the BJP's target for the Haryana elections is over 75 seats. 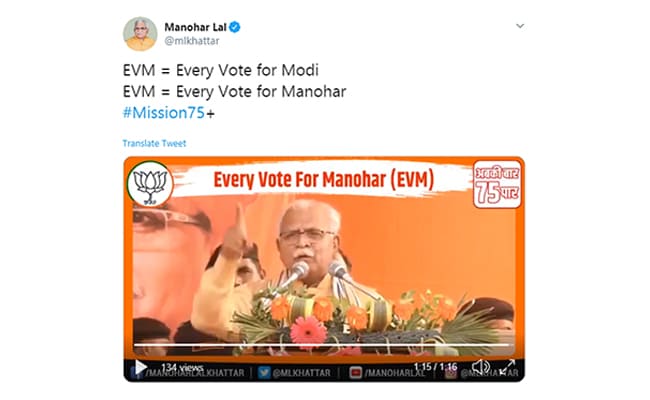 In his party's 25-page election manifesto released on Sunday, the Chief Minister promised a slew of people-centric measures, including easy loans for farmers and Dalits, free education to girls from poor families and skill training for 25 lakh youngsters if voted to power. "It's good to help sections of the society that need it, but doling out freebies for votes is not a healthy trend," he had said then, slamming the Congress over its promise to write off agricultural loans "within 24 hours of coming to power".

The Chief Minister, however, drew criticism over his comments on Sonia Gandhi's elevation to the position of interim Congress president earlier this year. "We thought moving away from nepotism was a good move... After Rahul Gandhi's resignation, they spent three months moving around the country in search of a new party president. But who finally became the party president? Sonia Gandhi. Khoda pahar nikli chuhiya, voh bhi mari hui (Dug up a mountain to bring out a mouse, and that too a dead one)," he said.

Haryana and Maharashtra will go to the polls on October 21.