Urge PM To "Set Aside His Deep-Rooted Suspicion Of...": Manmohan Singh

Manmohan Singh's Editorial: The "perilous state of fear, distrust and lack of confidence among citizens" was a fundamental reason for the sharp economic slowdown, he suggested. 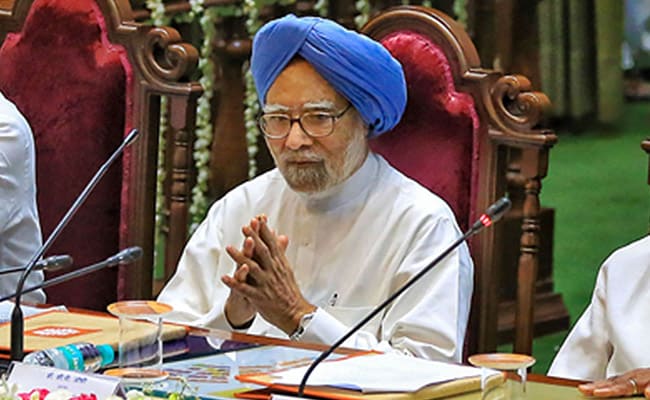 Prime Minister Narendra Modi should set aside his "deep-rooted suspicion of industrialists and entrepreneurs", which has halted economic development and ruptured India's social fabric, his predecessor Manmohan Singh has said in a hard-hitting editorial in The Hindu newspaper. The "toxic combination of deep distrust, pervasive fear and a sense of hopelessness in our society is stifling economic activity, and hence, economic growth," the former Prime Minister said in the piece titled "The Fountainhead of India's Economic Malaise" published on Monday.

"I urge the Prime Minister to set aside his deep-rooted suspicion of industrialists and entrepreneurs and nurse us back to a confident and mutually trustworthy society that can revive the animal spirits and help our economy soar," Manmohan Singh wrote.

The state of the economy, said the former Prime Minister, was worrying not just because of what he called disturbing statistics like 15-year low in GDP growth, a 45-year high in joblessness, a four-decade low in household consumption, bad loans and a 15-year low in electricity consumption. "These are mere manifestations of a deeper underlying malaise that plagues the nation's economy today," he wrote.

He used words like fear, helplessness and suspicion to make his point.

The social fabric of trust and confidence is now torn and ruptured, Dr Singh said, adding that there was a "palpable climate of fear" in the society. The root cause of this rupturing was the Modi government's 'mala fide unless proven otherwise' doctrine of governance, he said.

The "perilous state of fear, distrust and lack of confidence among citizens" was a fundamental reason for the sharp economic slowdown, he suggested.

"Many industrialists tell me that they live in fear of harassment by government authorities. Bankers are reluctant to make new loans, for fear of retribution. Entrepreneurs are hesitant to put up fresh projects, for fear of failure attributed to ulterior motives. Technology start-ups, an important new engine of economic growth and jobs, seem to live under a shadow of constant surveillance and deep suspicion. Policymakers in government and other institutions are scared to speak the truth or engage in intellectually honest policy discussions. There is profound fear and distrust among people who act as agents of economic growth," he said.

The "suspicion that every industrialist, banker, policymaker, regulator, entrepreneur and citizen is out to defraud the government has led to a complete breakdown of trust in our society. This has halted economic development, with bankers unable to lend, industrialists unable to invest and policymakers unable to act," wrote the eminent economist.

He also referred to the notes ban, saying that the government has positioned itself as some saviour, "resorting to foolhardy moral-policing policies such as demonetisation, which have proved to be ill-thought-out and catastrophic".

"Wrongful evil characterisation of everyone and a 'good-vs.-evil governance' doctrine cannot be a recipe for healthy economic growth," said Dr Singh.

The former prime minister warned of "stagflation" in the future if there was continued increase in inflation combined with stagnant demand and high unemployment.

India, a $3-trillion global economic powerhouse driven largely by private enterprise, is not a tiny command and control economy that can be bullied and directed at will, he wrote. Nor could it be managed through "colourful headlines and noisy media commentary. Shooting down messengers of bad news or shutting off economic reports and data is juvenile and does not behove a rising global economic powerhouse."

Pointing out that the slowdown of China's economy was a large export opportunity for India, Dr Singh said: "India should aim to garner an elephant's share of this export opportunity by fostering a climate of confidence and economic dynamism away from the current climate of fear, distrust and pessimism."