As soon as Manish Sisodia alighted from his vehicle to head to the meet at Rani Sati Colony, the AAP rebels surrounded him and sought an audience with him. 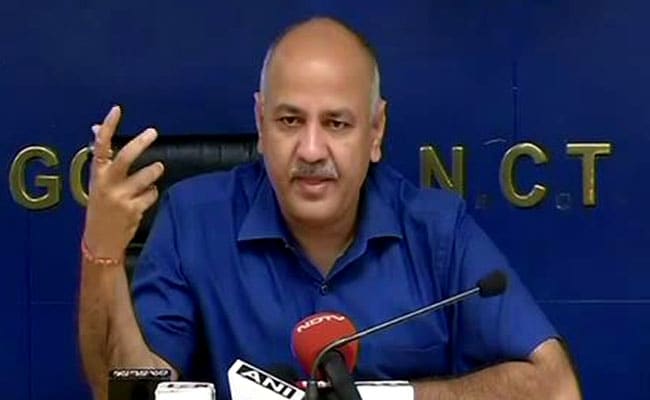 Over 30-odd AAP rebels attempted to block Manish Sisodia's way while he was heading for the meet. (File)

As soon as Mr Sisodia alighted from his vehicle to head to the meet at Rani Sati Colony, the AAP rebels surrounded him and sought an audience with him.

When he refused to talk to them, the rebels heckled Mr Sisodia. The AAP workers present there came to Mr Sisodia's rescue and escorted him to the venue of the workers' meet.

"AAP is being run like a private limited company in the state. Dedicated workers are being expelled from the party on false accusations of indiscipline," Satish Sharma, one of the rebels, told reporters.

He alleged that goons of the AAP office-bearers manhandled the rebels.

Mr Sisodia said that furor was created at the behest of the Bharatiya Janata Party (BJP) and Congress.

He said, "Whenever AAP starts strong, vested interests misguide some people and create uproar. Such things had taken place in Delhi as well."

Speaking about Madhya Pradesh, Mr Sisodia said that crimes against women had shot up, electricity tariff was skyrocketing and an agrarian crisis was plaguing MP.

He said that AAP, in order to highlight these failures, would be gheraoing the MP assembly on December 5.

The winter session of the assembly is underway.

Promoted
Listen to the latest songs, only on JioSaavn.com
Mr Sisodia accused the government of MP Chief Minister Shivraj Singh Chouhan of falsely implicating state AAP convenor Alok Agrawal in cases in order to keep him in jail for a long period.