Sources have confirmed 17 cartridges - possibly from a 9mm firearm - were found on the spot; last evening Mr Shukla's father said his son had 19 bullet wounds 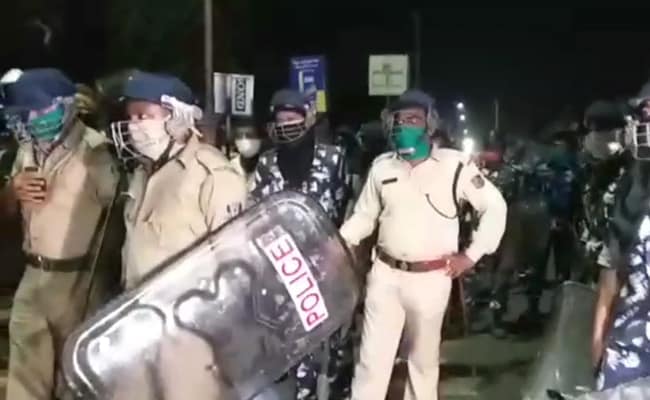 BJP leader Manish Shukla, 39, was gunned down metres from a police station

In 24 hours of fast-paced developments following the gunning down of BJP leader Manish Shukla in Bengal's Titagarh on Sunday, two men have been arrested and sent to 14 days' police remand. Two others - municipal councillors from the ruling Trinamool Congress - have been named in the FIR.

BJP MP Arjun Singh then added a twist to an already dramatic plot, alleging that the arrested men were close to several top Trinamool leaders. Mr Singh shared photographs to make his point.

Based on security footage of the murder the police believe they are looking for four men - sharpshooters allegedly hired to kill Mr Shukla, 39.

The videos show two men on a motorcycle driving up to a vehicle beside which Manish Shukla and some others are standing. The pillion rider opens fires and flees within seconds. Another attacker, wearing a white shirt, who was standing nearby then opens fire and backs away till a second motorcycle arrives to help him escape. 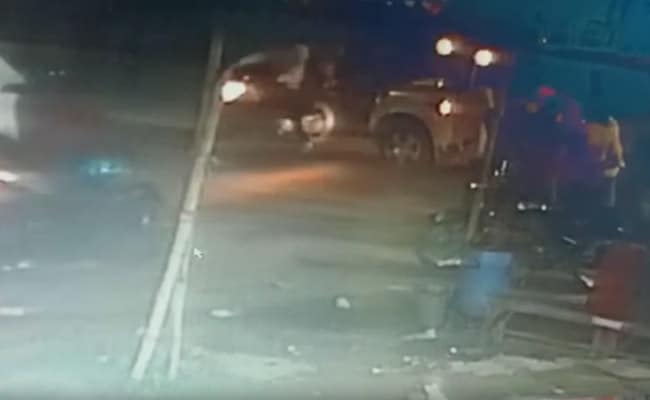 Al of this takes place in about 30 seconds.

Sources have confirmed 17 cartridges - possibly from a 9mm firearm - were found on the spot. Last evening Mr Shukla's father said his son had 19 bullet wounds.

The arrested men are Khurram Khan (alias Md Athasham Khan), 35, and Irshad Ali (alias Gulab), 32. Both are residents of Titagarh. Sources have said the motive may have been personal enmity, as Mr Shukla was allegedly linked to the murder of Khurram Khan's father in 2010.

Arjun Singh, the BJP MP from Barrackpore (of which Titagarh is a part), claimed today that the Trinamool had masterminded the killing with help from the police. He displayed photos of Khurram Khan with top Trinamool leaders, including ministers Firhad Hakim and Bratya Bose. 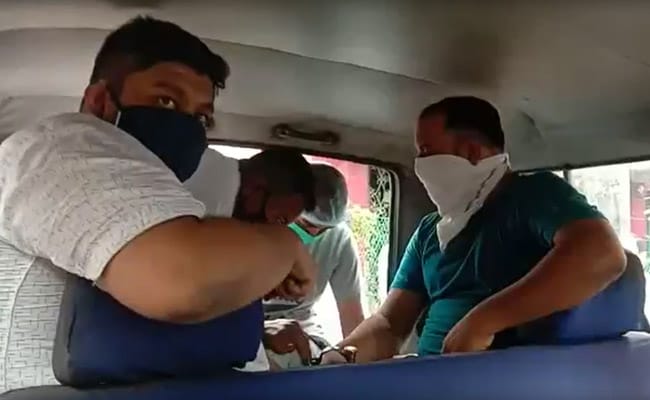 Meanwhile, the Trinamool councillors named in the FIR have denied any involvement in the crime. Uttam Das of Barrackpore and Prasanta Chowdhury of Titagarh have accused Arjun Singh of "diversionary tactics".

"We were wooing BJP workers back to Trinamool and Arjun Singh was angry," Mr Chowdhury said.

Other Trinamool leaders pointed out that Mr Singh himself is an accused in several murder cases.

On Monday Mr Hakim, who is the urban affairs minister, also pointed a finger at Arjun Singh, claiming the BJP MP was displeased with Mr Shukla for aiming to return to the Trinamool.

Mr Singh's retort: "Firhad Hakim is trying to twist things because the probe is pointing his way. Criminals from Metiabruz (an area in Mr Hakim's Assembly constituency) did the deed."

A number of Trinamool leaders have dismissed Arjun Singh's claims of photographic proof linking the murder accused to them.

Madan Mitra, a former minister and one of those apparently in these photographs, said: "Bengal knows Arjun Singh is a murderer. How many murder cases is he named in? People in glass hourses should not throw stones."

Firhad Hakim said: "I don't know too many people in Barrackpore. I knew Manish (Shukla) and Arjun (Singh) and I know Dinesh Trivedi. I don't know who took photos with me. No one called Khurram is associated with the Trinamool."

Khurram Khan, one of the accused, has claimed he has been framed.