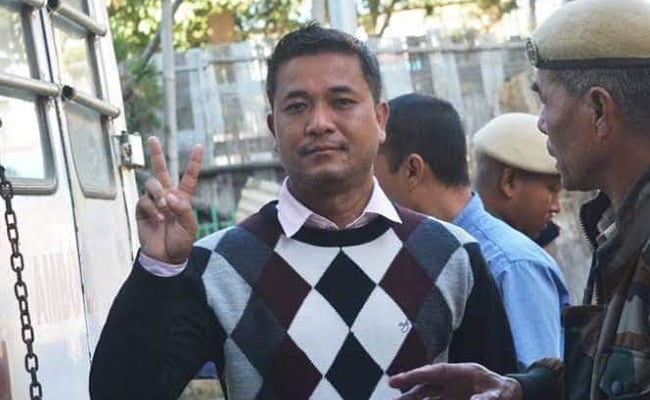 Journalist Kishorechandra Wangkhem has been in and out of jail several times since 2018.

Manipur-based journalist Kishorechandra Wangkhem, who is in police custody for a social media post earlier last week alluding the death of a senior BJP leader due to to COVID-19, has been charged with the stringent National Security Act (NSA) to be detained despite bail. Political activist Erendro Leichombam, who was arrested last Thursday along with Mr Wangkhem, too has been charged under the NSA, sources said.

This is the second time Mr Wangkhem, 41, is facing the contentious law. The BJP-led government in Manipur had pressed charges of sedition against him under the NSA in 2018 after he was detained allegedly for a social media post criticising Manipur Chief Minister N Biren Singh.

A court in state capital Imphal, in an order on Monday, said that the journalist "be detained under section 3(2) of National Security Act, 1980 until further orders, as and when he is released on bail", saying that he is "likely to be released on bail in the near future". The court said he should be "prevented from commission of such prejudicial activities".

He was arrested last Thursday along with social activist Erendro Leichambam and sent to police custody till Sunday. They had made two separate social media posts on those who advocate cow dung and urine as cure for COVID-19, after the death of Manipur BJP president Tikendra Singh due to the virus.

The posts were in reference to pictures and videos by news agency Reuters that reported that a group of right-wing activists smear cow dung and urine on them to prevent or cure COVID-19 despite scientific research showing no such benefits.

Kishorechandra Wangkhem has been in and out of jail several times since 2018.