Manipir Deputy Chief Minister Yumnam Joykumar Singh is the NPP's second important leader in Manipur to have been expelled within a month. 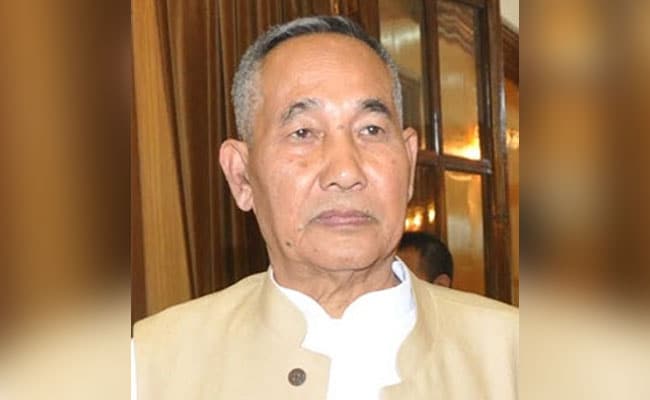 Yumnam Joykumar Singh was expelled from the primary membership of the NPP for six years.

The National People's Party (NPP) in Manipur, a partner of the BJP-led government in the state, has expelled the northeastern state's Deputy Chief Minister from the primary membership of the party for six years.

Yumnam Joykumar Singh has been expelled "on the recommendation of the Disciplinary Committee (of the party) for six years under the constitution of the party", the party said. With his expulsion, Mr Singh has "ceased to be a primary member of NPP, Manipur, with immediate effect", a statement said.

Mr Singh is the party's second important leader in Manipur to have been expelled within a month. Meghalaya Chief Minister Conrad Sangma, who leads the party, had expelled the newly-elected its state president Thangminlien Kipgen last month for allegedly going against the party's constitution.

Yumnam Joykumar Singh, who was the police chief of Manipur, was seen as one of the key leaders who led three other ministers belonging to the party to withdraw support from the Biren Singh government two months, leading to a political crisis of sorts. But Mr Singh and the three other MLAs returned and were reinstated as ministers in the BJP-led government with the intervention of Mr Sangma.

Elected from Uripok constituency in 2017, Mr Singh, 65, is alleged to have spearheaded a dissident along with the party's three other MLAs, prior to the Rajya Sabha elections in June this year over a "difference in opinion" with the Chief Minister.

The four MLAs had walked out of the alliance with the BJP in the state, along with an independent MLA, Trinamool Congress MLA and three dissenting BJP MLAs who had resigned from the Manipur assembly and joined the opposition Congress to form an alliance - Secular Progressive Front - to demand a floor test.

The National People's Party is an ally of North East Democratic Alliance (NEDA), a coalition of regional parties in the northeast to keep the region Congress-free.