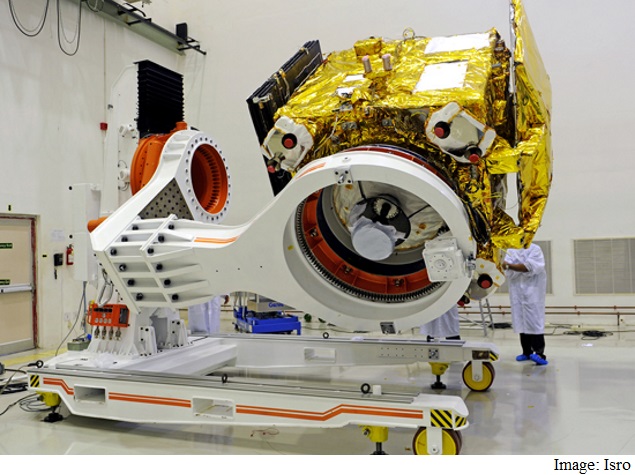 Ahmedabad: Nearly two years after it was launched, 'Mangalyaan' is still functioning well, and with a planned course correction next January to extend its battery life, it would keep going for many years, ISRO chairman AS Kiran Kumar said today.

The correction in the trajectory of the Mars Orbiter Mission (MoM) is required to keep the power supply strong during a long-duration eclipse - caused by shadow of Mars falling on it for 7-8 hours - so that it could continue to function longer, he said.

He delivered a lecture at IIT-Gandhinagar as a part of the institute's Roddam Narasimha Distinguished Lecture series. He spoke about the MoM during the lecture, and also afterwards when speaking to reporters.

"Once it (correction) is done, the satellite can last for many years and we can study multiple season activities on the Mars...Originally we had not anticipated this situation. The course correction will reduce the effect of the eclipse by half so that the battery could sustain it," he said.

"While we started, it was a basic mission of only six months. On September 24, we would be completing two years and we still have all the fuels and all the systems working on it, providing information from all five payloads for many years to come," Mr Kumar said.

ISRO is also working on its second lunar mission spacecraft, Chandrayaan-II, he said.

"Unlike Chandrayaan-I, we have planned a controlled descent of Chandrayaan-II which we intend to put into orbit by the end of next year or early part of 2018....We have already done development of Rover and Liner. Rover engineering version is undergoing test," he said.