Man Killed, 10 Injured In Clashes After Encounter In Kashmir's Kulgam

Clashes broke out between groups of youths and security forces, who were engaged in the counter-terrorism operation at Chowgam in Kulgam 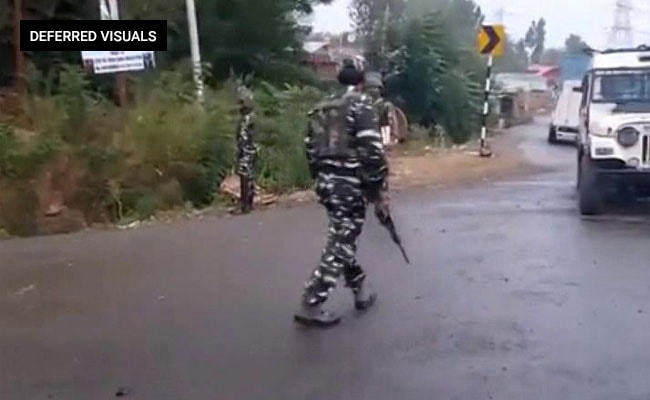 A civilian was killed and 10 others were injured Saturday in clashes between protestors and security forces following an encounter in Jammu and Kashmir's Kulgam district, in which five terrorists were killed, police said.

Clashes broke out between groups of youths and security forces, who were engaged in the counter-terrorism operation, at the Chowgam area of Qazigund in Kulgam, a police official said.

Over 10 persons were injured in the forces' action and they were taken to the district hospital in Anantnag for treatment, the official said. He added that out of those injured, six, including four with pellet injuries in the eyes, were referred to a hospital, but one resident of Chee in Anantnag, Rouf Ahmad, died on the way near Sangam.

Five Lashkar-e-Toiba and Hizbul Mujahideen terrorists, including the one involved in the last year's deadly attack on a cash van in which five cops and two bank guards lost their lives, were killed in the encounter which began in the morning.

The official said clashes were going on when last reports came in.